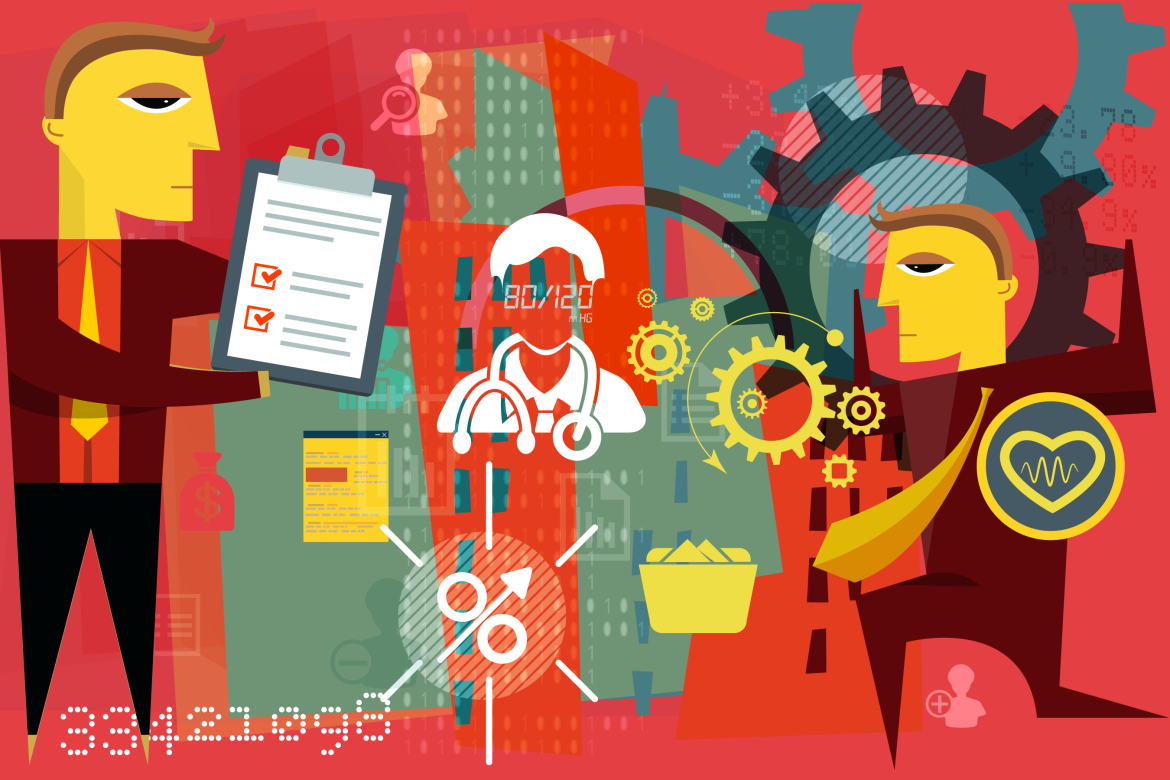 Until October, Andrea LaRew was paying $950 a month for health insurance through her job at the Northwest Douglas County Chamber & Economic Development Corp. in the metro Denver area.

Her company didn’t contribute anything toward the premium. Plus, LaRew and her husband had a steep $13,000 deductible for the plan. But the coverage and the premium cost were in line with other plans available to the company since options for such a small work group — just LaRew and another employee wanted to enroll — weren’t plentiful.

Now they’re trying a new approach. Instead of a traditional plan, the chamber established an “individual coverage health reimbursement arrangement” (sometimes referred to as ICHRA) to which it allocates $100 a month per employee that they must put toward comprehensive coverage on the individual insurance market. These employer contributions may be used to pay for expenses such as premiums or cost sharing.

The reimbursements don’t count as taxable income to workers.

Proponents of the plans say they’re a good option for companies that may not feel they can afford to offer a traditional plan to workers but want to give them something to help with health care expenses. But consumer advocates are concerned they may shortchange some workers.

These small businesses can’t afford to offer health care coverage as the premium prices rise, said Garry Manchulenko, a principal at GMBA Advisors Group in the Denver metro area, who suggested the arrangement to the chamber. “They want to help their employees, but they can’t sustain these increases, particularly at the small-group level.”

Manchulenko said he’s suggesting the new setup for some of his clients, noting that in certain places premiums on the individual market are lower than those for group plans.

LaRew, 48, bought a plan similar to the group plan, but with a monthly price tag of $730 after she factors in the company’s contribution, a savings of more than $2,600 a year.

“It’s still super expensive for two healthy people,” said LaRew, who oversees many of the chamber’s administrative functions. But she appreciates that her premiums are deducted from her pretax income, just as when she was on the group plan.

She also liked having her pick of several plans. “I could choose my own individual plan that suits my family best, and not be tied to a group plan that works great for a co-worker but not for me.”

The new coverage option was established through a rule issued by the Trump administration last year. It could be helpful for workers like LaRew whose income is too high to qualify for the Affordable Care Act’s tax credits that help pay for policies sold on the individual market. It may also be attractive to part-time or seasonal workers who don’t qualify for their employer’s coverage, according to insurance brokers and policy experts familiar with the new option.

But consumer advocates warned that it could encourage employers who had offered a traditional insurance plan to switch to the new arrangement because of the cost savings. That might leave their workers with a more cumbersome enrollment process and less generous coverage.

“I do think there are pitfalls for employees,” said Jason Levitis, a nonresident fellow at the USC-Brookings Schaeffer Initiative for Health Policy. “There’s confusion about the ICHRAs themselves.”

“And even if you know you need an ACA-compliant plan, how do you find one?” he asked, noting the prevalence of deceptive marketing of plans that don’t meet ACA standards.

In addition, because of a quirk in how the new rules work, lower-income workers who bought ACA marketplace plans because their employer didn’t offer coverage could lose the federal subsidies for their marketplace plans if their company puts an ICHRA in place.

Here’s how that could come into play. Only people earning 400% of the federal poverty level or less (about $51,000 for one person) are eligible for premium subsidies. In addition, in order to qualify the coverage offered by an employer must be considered unaffordable to the worker. If an employer offers an individual coverage health reimbursement arrangement, that means workers who would otherwise meet the poverty threshold would also have to contribute more than 9.78% of their income to buy the lowest-cost individual silver plan on the exchange. That amount would be based on the plan’s cost after factoring in the contribution from an employer.

“My concern is for people who are out there with a premium tax credit” who might lose that subsidy if they don’t meet the federal standard, said Peter Newell, director of the Health Insurance Project for the United Hospital Fund in New York, who authored an analysis of the new coverage option in October.

There are affordability caps in the ACA for regular employer-sponsored coverage, too, but those caps are generally lower than the caps for ICHRAs. As employers move to offer ICHRAs instead of traditional coverage, some workers will lose their premium tax credits because of the higher affordability threshold, Newell’s analysis found.

If this sounds complicated, it’s because it is, and brokers and advocates agree that many workers will need assistance figuring out what to do. In addition to running the numbers, people may need to work through where to buy a comprehensive plan that complies with the ACA. Such plans can be purchased on and off the exchange, but if workers want the company to deduct their premium costs from their salary, as LaRew did, they must purchase a plan outside of the exchange.

“There are so many paths to take and so many points of confusion, it’s super, super important that employees have some support going through this,” said Cat Perez, co-founder and chief product officer at Health Sherpa, whose technology platform helps people enroll in marketplace plans. It has incorporated information about ICHRAs.

Colorado is working with the broker community to drum up interest in the new product, said Kevin Patterson, chief executive officer of Connect for Health Colorado, the state’s insurance exchange.

“If we can get more people into the individual marketplace that makes it stronger,” Patterson said.

In theory that makes sense, but some analysts worry that the adoption of these new arrangements could drive up marketplace premiums by encouraging employers with sick workers to shift them into the individual market.

“This is a way to offer a lower premium option to some employers, but with the consequence of increasing premiums in the individual market and costs for the federal government via higher premium tax credits,” said Matthew Fiedler, a fellow in economic studies at USC-Brookings, who co-authored an analysis of the new offerings.

“As long as it’s black-or-white, there are precious few employers of size that are willing to take that leap,” he said.

← Older Post
← The 8 Best Cybersecurity Strategies for Small Businesses in 2021
Newer Post →
What Do the People Around You Need from You Heading into the New Year? →