Phishing and Spearphishing: A Cheat Sheet for Business Professionals 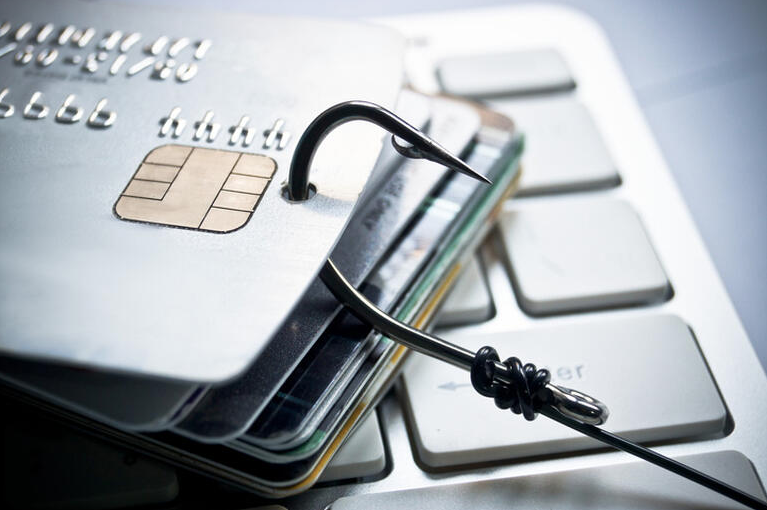 When criminals use technology to propagate social engineering attacks, securing your organization can become complicated. Here’s what you need to know about phishing and spearphishing.

While security professionals focus largely on identifying and patching vulnerabilities in software, the weakest security link is typically end users. Phishing is a social engineering method to fraudulently obtain information by disguising communication as being from a trusted source; the information can then be used to access devices or networks. Spearphishing is a targeted phishing attack that relies on the use of personal information to make the attack look more trustworthy.

TechRepublic’s cheat sheet about phishing and spearphishing is an introduction to the social engineering attack. This guide will be updated periodically as attack strategies and defenses evolve.

What is the difference between phishing and spearphishing?

Phishing is a social engineering method to fraudulently obtain information, which can then be used to access devices or networks. This type of attack uses technology to disguise communication or web pages as being from a trusted source. Fundamentally, phishing attacks rely on confidence tricks as much as technological trickery to achieve its aims.

In contrast, spearphishing is a phishing attack targeted to a specific individual or company. These attacks usually rely on tailored methods and resources, such as attempting to clone the login interface for corporate intranets, as well as using personal information gathered in advance (perhaps from a prior breach) about targets to increase the likelihood of success. Spearphishing attacks conducted against senior executives are referred to as whaling.

The whaling formula is also reversed as “CEO Fraud,” in which phishing emails are disguised as originating from the CEO. According to Colin Bastable, CEO of security training company Lucy Security, “These socially-engineered attacks are devastating because the spoof emails have all the appearances of being real, and the victims voluntarily hand over the money. Why would the insurance company cover the loss? Targets are identified, groomed, and then deceived by quite sophisticated email techniques into wiring funds to ‘burner’ bank accounts, often in Asia, which are then emptied. Thinking that the email request comes from the CEO, the victim willingly sends the money. SMBs are particularly vulnerable, as they have short lines of communication, with fewer checks and balances, between finance staff and the CEO.”

What types of phishing attacks exist?

Malicious actors typically employ a variety of phishing techniques in their attacks.

The most frequently used–and most reliable strategy for attackers–is to disguise a malicious link as pointing to a legitimate or trusted source. These types of phishing attacks can take any number of forms, such as exploiting misspelled URLs, creating a subdomain for a malicious website, or using confusingly similar domains.

For examples of those three strategies, consider the following: The letter I is very close to L on standard QWERTY keyboards, which would make “googie” a plausible stand-in for “google.” For subdomains, an attacker controlling example.com could create subdomains for that domain (e.g., “www.paypal.example.com,”) for which the start of that URL appears legitimate. For confusingly similar domains, the domain “accounts-google.com” was registered as a clone of “accounts.google.com” in a phishing attack during the 2016 US presidential election.

International Domain Names (IDNs) can also be used to create confusingly similar looking domain names by allowing the use of non-ASCII characters. Visual similarities between characters in different scripts, called homoglyphs, can be used to create domain names with visually indiscernible differences, fooling users into believing that one domain is actually another.

Websites vulnerable to cross-site scripting (XSS) attacks can be used by malicious actors to inject their own content onto the actual website of the service being attacked. XSS can be used to harvest data entered on a compromised website (including username/password fields) for the attackers to use at a later date.

Some phishing attacks use XSS to create pop-ups, which originate from a vulnerable website but load a page controlled by the attackers; often, this type of covert redirect loads a login form, in order to harvest login credentials. As a result of the prevalence of this type of attack, most browsers now display the address bar in pop-up windows.

Malicious actors also rely on phone calls and text messages to harvest account information, with texts sent to banking customers claiming their account access is disabled, prompting users to call a phone number or use a website set up by attackers, from which account information can be harvested.

Why should I be concerned about phishing?

Fundamentally, phishing affects everyone. Malicious actors usually cast a wide net when using phishing attacks, hoping to catch any arbitrary victim in order to gain access to personal banking information or a port of entry into a corporate network, from which attackers can potentially retrieve sensitive information. Even with policies ensuring segmented access to information, this may still put information about employees, clients, and customers at risk.

Security monitoring solutions are designed primarily to alert users or IT professionals to the existence of a virus based on data such as hashes of known payloads or programmatic behaviors of viruses. This model of security software adapts poorly to phishing attacks that rely extensively on social engineering methods to convince users to take action immediately without analyzing a situation. Because of this, the best defense against phishing is security training for end users.

Filters have been developed in an attempt to identify phishing attacks in emails, though some phishing emails use images of text in place of written text, in order to evade these mail filters. Likewise, phishing websites frequently rely on code obfuscation techniques to prevent security software from detecting malicious activity. Often, phishing attacks rely on AES-256 or Base64 encoding inside JavaScript, or custom encoding strategies, making it difficult to analyze the underlying source code. (The use of code obfuscation itself cannot be flagged as malicious intent.)

In 2019, researchers at Proofpoint disclosed a phishing toolkit that obfuscates data by use of a substitution cipher that relies on a custom font to decode. This toolkit uses a customized version of the Arial font with individual letters transposed; when a phishing page is loaded, the content looks normal. When a user or program attempts to read the source, the text on the page appears jumbled.

How long has phishing been a threat?

The concept of phishing was first discussed in 1987 in a paper presented at Interex titled “System Security: A Hacker’s Perspective.” From an etymology standpoint, the first recorded appearance of the word “phishing” was in a hacking tool called AOHell, in 1996.

The earliest known phishing attempts targeting financial services were in 2001, and were against the “digital gold currency” service E-gold. By October 2003, attackers had targeted Bank of America, CitiBank, PayPal, Lloyd’s of London, and Barclays.

According to the Anti-Phishing Working Group, the number of unique phishing reports the organization received in 2005 totaled 173,063, with that number expanding to an all-time high of 1,413,978 in 2015. Since then, phishing attacks have modestly decreased in frequency, with 1,122,156 received in 2017.

How can I protect my organization against phishing attacks?

There are a variety of strategies to safeguard against phishing attacks, though multiple strategies should be used together to avoid a single point of failure.

Because phishing attacks are fundamentally a technological means to a social engineering exploit, user training is the most important strategy for your organization. Training users to spot identifying characteristics of phishing emails, and running simulated phishing attempts to target the efficacy of that training, will do more to ensure security integrity than software solutions can.

Likewise, establishing policies to protect against employees unwittingly transferring funds or providing data access for non-legitimate purposes is similarly important. Bastable noted “All security starts with a policy–businesses should have an agreed policy for such situations, and they should train their staff accordingly. CEOs should hire strong people who are willing to stick to the policy under pressure. Of course, defying the CEO is a great way to get fired in American business, and the cybercrooks rely on this.”

For technological solutions, changing the default behavior in email clients such as Microsoft Outlook can improve security. Third-party scanning tools can reduce the efficacy of phishing attacks, or prevent them from reaching users’ inboxes.