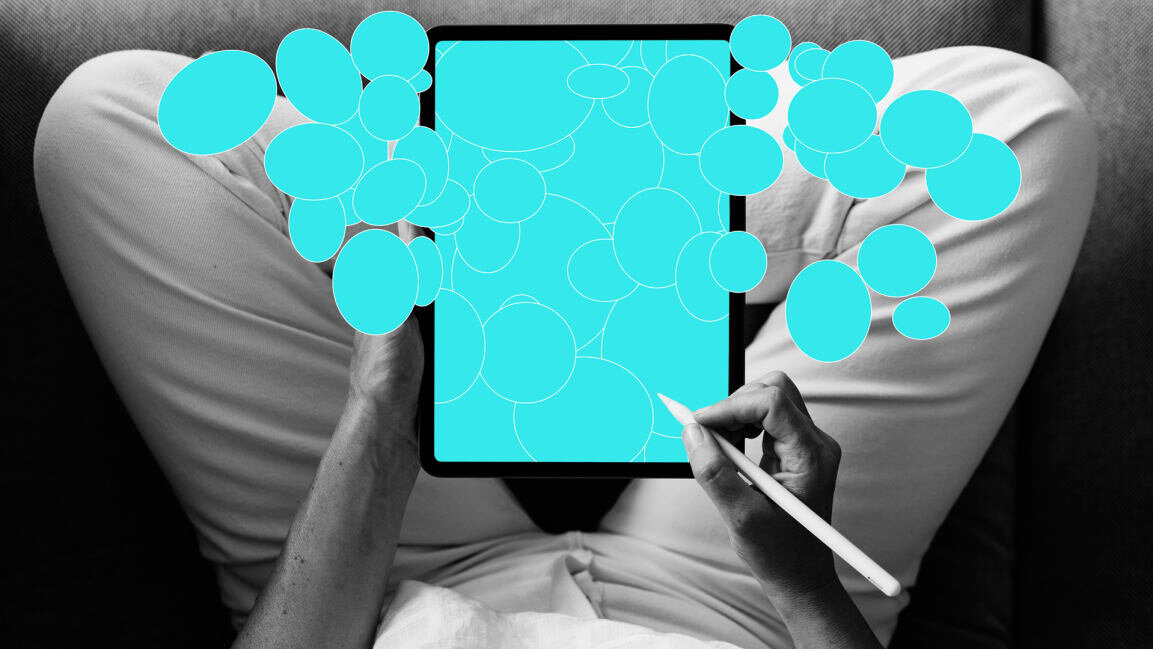 From makeshift webcams to smarter scheduling, these are the little innovations that are helping us get better at working from home.

Too often in technology, we tend to focus on the grandiose: breakthrough hardware, hot new apps, ambitious new services.

But in day-to-day use, even the little things can have a big impact on the way we work. That’s especially true now, as the coronavirus pandemic has prompted a work-from-home revolution and made us rethink the tools we use.

Below are some of the small but thoughtful innovations we’ve come to appreciate most in 2020, from smart scheduling tricks to new ways of using your webcam. As pandemic life pushes on into 2021, these are the ideas and product features that can help make remote work a little more tolerable. 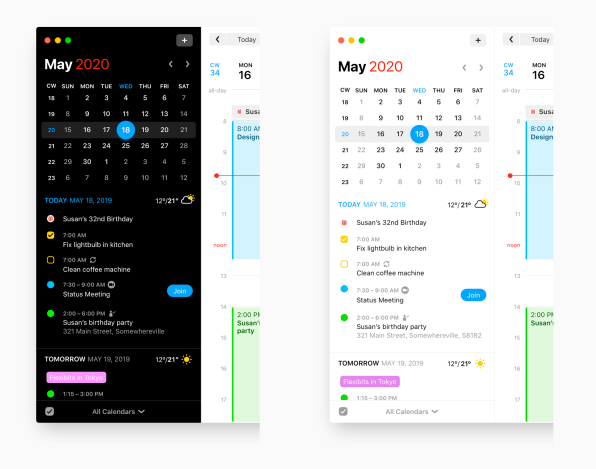 It’s a small thing, but at a time when tech giants are all pushing their own videoconferencing solutions with heavy-handed tactics (such as the giant “Add Google Meet” button in Google Calendar), Fantastical’s all-purpose meeting button is a breath of fresh air. The calendar app for Mac and iOS now automatically detects meetings from Zoom, Google Meet, Microsoft Teams, and several other services, then provides a handy “Join” button in your agenda view. It beats having to dig through the meeting details for a link, especially when you’re running late. 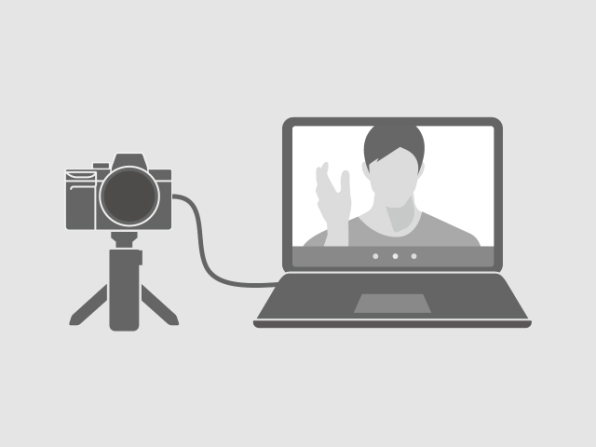 In the early days of the pandemic, good webcams from companies such as Logitech were nearly impossible to get, leading to a glut of subpar alternatives from no-name brands. That’s when gadget makers stepped in, repurposing existing cameras as webcams. Canon released webcam support for its DSLR cameras in April, and other vendors soon followed, including Fujifilm, Olympus, Sony, and Nikon. Security camera maker Wyze also released experimental webcam firmware, as did GoPro for its Hero action cameras. If you lack the requisite hardware, you can even turn a smartphone into a webcam with programs such as NeuralCam Live and DroidCam.

Of course, you’ll still have to buy a tripod or some other mounting system—unless the goal is to accentuate your chin and nostrils—but the results will surely beat whatever camera your laptop has built in. 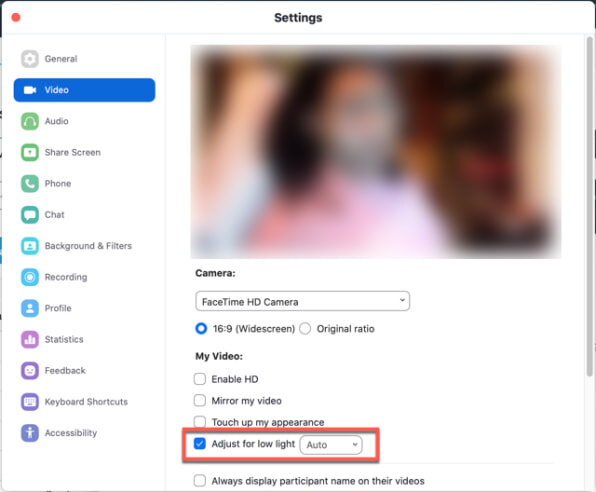 If you want to look a little better on Zoom calls, you could sink a lot of time and money into sophisticated lighting and higher-quality cameras. Or you could just head to Zoom’s video settings menu and click the “adjust for low light” checkbox, which automatically improves the brightness of your video to eliminate unsightly shadows. It’s the kind of obvious-in-hindsight feature that every videoconferencing app should have, and yet only Zoom does. (Google Meet also added automatic brightness correction this year, but only to its mobile apps.) 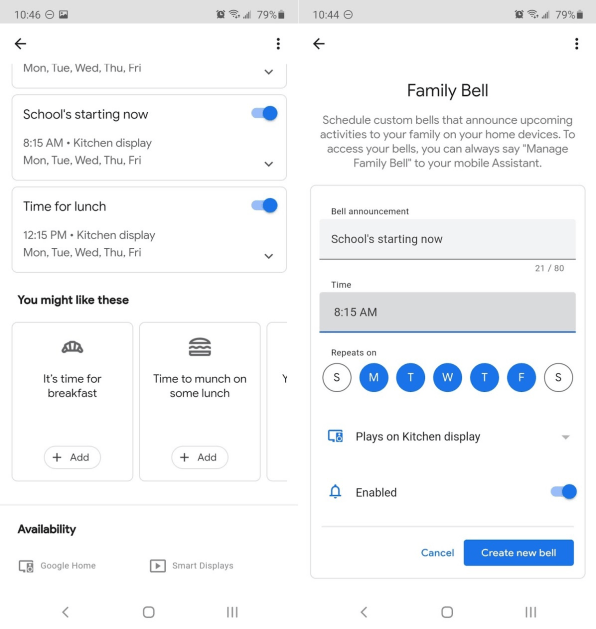 For parents, working from home might also mean juggling their kids’ remote learning schedules at the same time. Google’s Family Bell feature can lend a hand by letting you schedule recurring announcements on Google Assistant devices such as the Nest speaker and Nest Hub Max smart display. Give your kids a 5-minute warning before virtual classes begin, set an alarm for when “recess” time is over, or just remind them to clean up after themselves when the school day is over. Even if your kids don’t listen to Google, at least you won’t have to keep an eye on the clock yourself.

You can set up Family Bell in the Google Home app by tapping your profile icon, tapping Assistant settings, then selecting “Family Bell.” 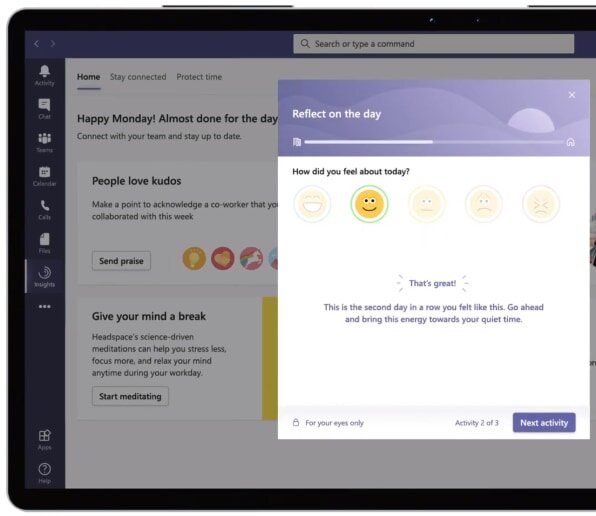 Although it’s not available yet, Microsoft is planning to add a “virtual commute” feature to its Teams software in 2021. As The Wall Street Journal reports, the feature will encourage users to block out some time at the beginning and end of each day to set goals and reflect. The idea is to restore the kind of mental preparation and decompression that you might’ve enjoyed in the car or on the train before the pandemic hit.

Of course, you don’t have to wait for a huge tech company’s permission to set these kinds of boundaries. You can always just schedule small amounts of buffer time manually in your calendar, or use a program such as Reclaim.ai to automatically defend personal time against whatever other commitments you might have. Even just contemplating a virtual commute of sorts—rather than just diving straight into work—is half the battle. 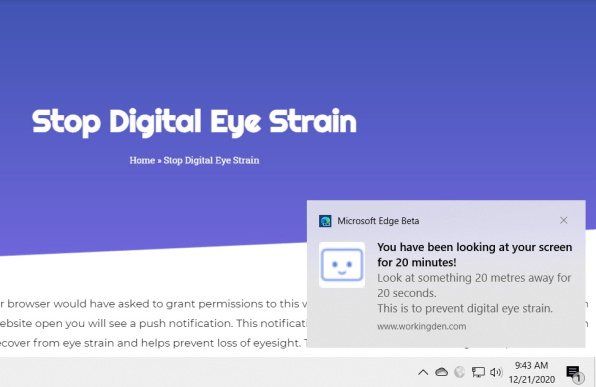 STEP AWAY FROM THE SCREEN

Without the ordinary distractions of an office, it’s easy to spend hours staring at your screen without interruption. To spare your eyes, a website called Working Den will occasionally remind you to look at something else. Just keep the website open in a browser tab and make sure to enable notifications, and you’ll get a message every 20 minutes telling you to spend 20 seconds focusing on something 20 feet away from the screen. Opticians say this “20-20-20 rule” can prevent eyestrain, and it’ll probably help clear your head as well. 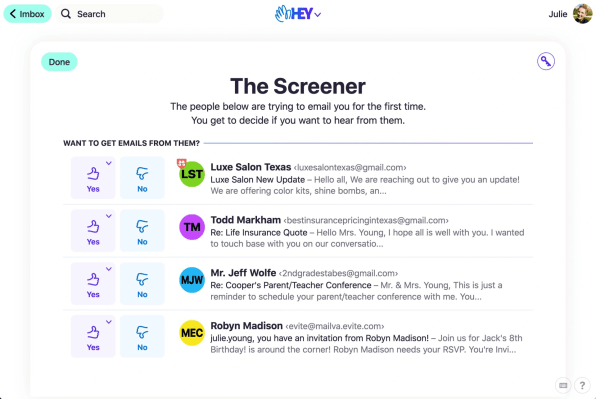 A BOUNCER FOR YOUR INBOX

While email overload was a problem long before the pandemic, it’s arguably an even bigger stressor when the boundaries between work and home life are blurred. A new email service called Hey provides a solution with its “Screener” feature, which only lets approved contacts into your inbox. Whenever an email arrives from someone new, you can decide whether to let them in or banish them to a “Screened Out” folder, and the app will remember that choice the next time they try to email you. The app also has separate inboxes for newsletters and transactional records to keep them from cluttering your inbox further.

Switching to Hey as your email provider is a big commitment, especially because it costs $99 per year, but the idea behind Screener has already spread elsewhere. A Chrome extension called ZenMail adds similar features to Gmail, and you can also set up your own filters to hide annoying emails on sight.

Even with solid internet speeds and a decent wireless router, you might end up with glitchy Zoom calls because your family members are hogging all the bandwidth. That’s not a problem for Google Wi-Fi and Nest Wi-Fi routers, which now allow users to prioritize Zoom or Google Meet. When videoconferencing is set as a “preferred activity” in the Google Home app, Google’s routers will give those applications all the bandwidth they need, no matter how many Netflix streams or Fortnite battles are happening in the background. 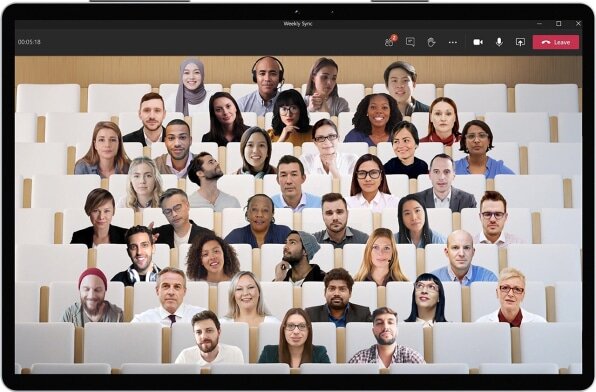 At first glance, Microsoft’s Together Mode looks sort of silly, but it turns out that superimposing people’s heads in a virtual space is a helpful way to alleviate video chat fatigue. It gives the impression of interacting in a shared space, and it avoids the intensity of staring at close-ups of your colleagues’ faces. (Microsoft also just added the feature to Skype.)

Don’t be surprised if the creation of digital meeting spaces becomes a bigger theme in 2021. Microsoft has said that it will expand Together Mode with more kinds of rooms, and on the audio side, companies such as Gather, Breakout, and SpatialChat are trying to recreate the feeling of roaming between conversations. The result could be virtual meetings that feel a little less disconnected.

As Anomaly creative director Brian Moore tells it on Twitter, he got tired of that awkward moment at the end of a video call where everyone races to hit the “Leave Meeting” button, so he decided to take decisive action. With an Arduino Feather board, a Python script, and some additional hardware, he created a pull chain—like the kind you’d find on a ceiling fan—that instantly boots him out of Zoom or Google Meet.

I always awkwardly struggle to get to the end call button on video calls. So I made this pic.twitter.com/4z4zsxNkeQ

Realistically, few of us have any hope of implementing something like this—even with Moore’s helpful documentation—but at least we can all admire it from afar as the most satisfying way to log off.

← Older Post
← Feeling Exhausted? You May Have ‘Change Fatigue’
Newer Post →
Feet Behavior – The Untapped Body Language You Should Know →