Should You Rehire an Employee Who Left Your Company? 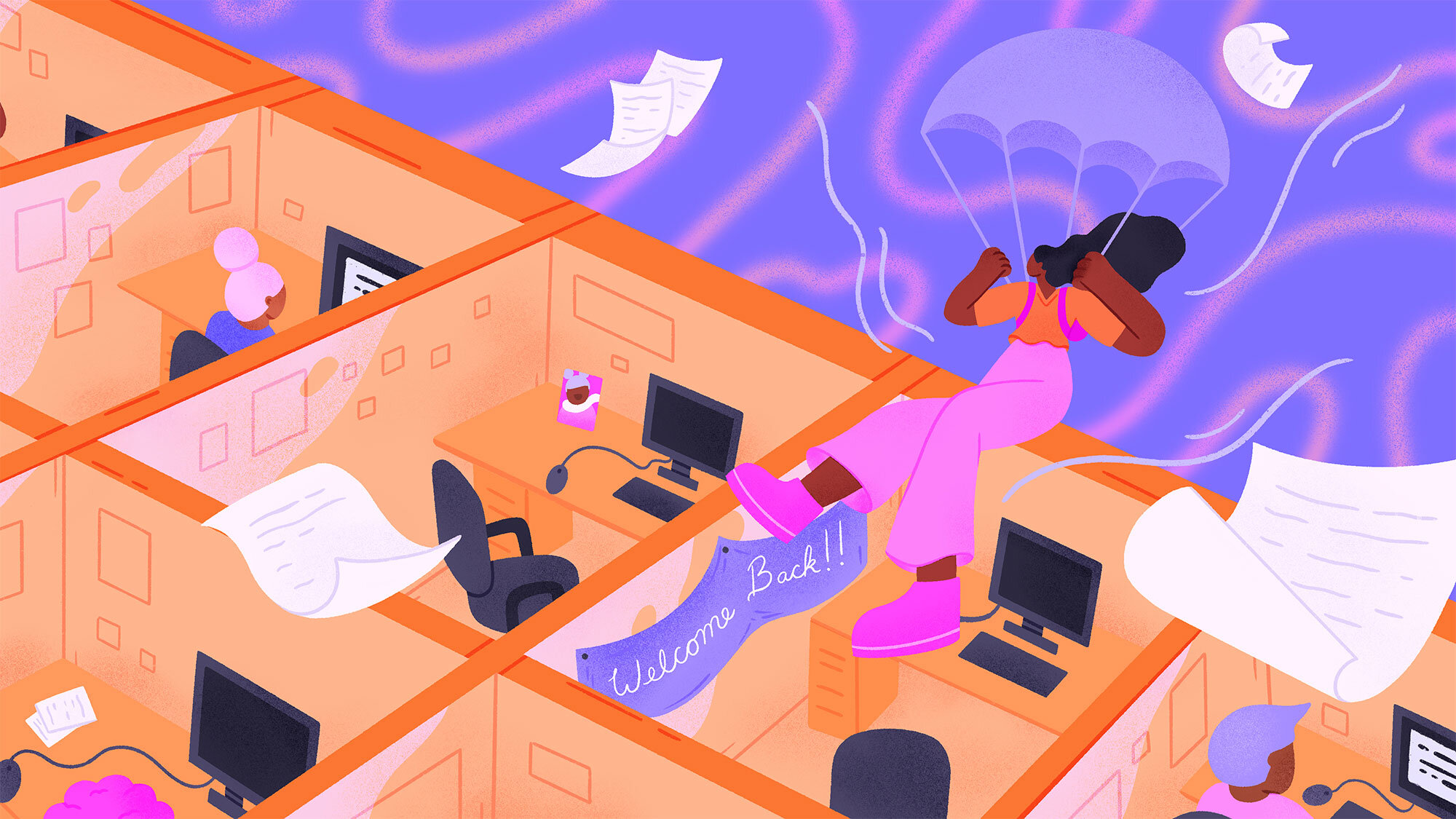 A stellar employee leaves your company for another job. Perhaps they were lured by a recruiter offering an enticing salary and impressive perks, or maybe they just wanted to try something new. But months — or even years — later, they’re knocking on your door again. Turns out the grass wasn’t greener on the other side. Do you rehire them?

Historically, leaving an organization was considered disloyal, and rehiring former employees was considered taboo. However, in an age when the average employee will work for more than 12 different employers during their career and companies are grappling with a tight labor market and skill shortages, many organizations are giving consideration to these “boomerang” employees.

There are a few assumed benefits of rehiring former employees. First, because boomerang employees are known, some firms consider them to be less risky than first-time hires. Boomerangs also already know the job and require less training and onboarding time. Moreover, because they know what they’re getting into, boomerangs may be more committed this time and less likely to leave again. Perhaps most importantly, they may have improved thanks to the experiences they had during their time away and will bring back fresh knowledge, skills, and maturity.

Very little research has examined this staffing strategy, so we set out to see if boomerang employees were living up to those assumptions. Our research addressed two main questions: 1) Does the job performance of boomerang employees improve, stay the same, or decline upon returning to their former employer? and 2) How do boomerangs’ performance levels and turnover rates compare to the more traditional options: internally promoted employees and first-time external hires? We analyzed a large dataset consisting of eight years of archival data on over 30,000 employees who initially were hired (external hires), promoted (internal hires), or rehired (boomerang employees) into management positions at a large retail organization. In addition to job history information such as tenure and reasons for departure, the dataset included the organization’s annual ratings of managers’ job performance, based on their competencies, job responsibilities, and goal accomplishment. Here’s what we found.

Boomerang employees are more likely to turn over than both internal and external hires. This suggests that if an employee has left an organization once, they may be willing to do so again.

We were curious if the reasons boomerang employees left in the first place might provide more insight into our findings. For example, this retail company had rehired some employees who turned over involuntarily, perhaps as a way of providing a “second chance.” So, we classified the reasons for initial turnover based on whether they might be a positive indicator of future job performance (such as to continue their education), a relatively neutral indicator (such as personal reasons), or a negative indicator (such as termination due to poor performance).

We found that return performance was comparable among boomerang employees who had originally left for positive or neutral reasons. In contrast, boomerang employees whose initial turnover was for performance-related reasons did not do as well as those positive or neutral employees. Although we had hoped there would be a good “second-chance” story here, we found that behavior was consistent before and after rehiring.

So, can hiring boomerang employees still be a good investment? Our findings did support the idea that boomerang employees’ future behavior is likely to be consistent with their past behavior. As such, a boomerang is probably less risky than someone unknown because organizations can expect that boomerangs will perform similarly to the way they did before. If that performance level is acceptable, then they may be a good hire. Additionally, boomerang employees who left for relatively positive or neutral reasons initially outperformed internal and external hires. This supports the claim that boomerangs require less onboarding and may contribute more quickly than other hire types. On the other hand, boomerang employees did not appear to return with higher levels of commitment. In fact, they turned over at a higher rate than other types of employees — more than twice as much as internal promotions.

These factors (risk tolerance, initial turnover reasons, time horizon to performance, and need for stability) are all important for organizations to consider when evaluating whether to rehire or look elsewhere. The table below summarizes the implications of these considerations based on an organization’s objectives in the hiring process. For example, predictability of job performance may be highest among boomerang employees, somewhat lower among internal promotions, and lowest among external hires.

Although it would be interesting to know how employees who have been laid off do when they return (especially given the mass layoffs resulting from Covid-19), our data did not include layoffs, and some of our findings may not apply to that group of boomerang employees. For example, we don’t know whether employees who have been laid off and are later rehired would turn over more than other hire types. Given what we do know so far, in general, we would recommend rehiring good performers who had previously been laid off. 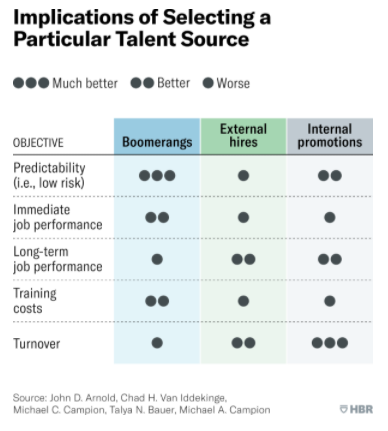 The bottom line is that boomerang employees are likely to be about the same as they were before, rather than better or worse, upon rehiring. So, don’t just believe the hype. First, consider your organization’s objectives, and if predictability, short-term performance, and lower training costs are your goals, boomerang employees may be right for you.

← Older Post
← How to Prevent Nepotism in the Workplace
Newer Post →
“You Hurt My Feelings!” An Examination of Emotional Distress Damages under the FDCPA →