A new IBM global report examining consumer behaviors finds an average of 15 new online accounts were created and 82% are reusing the same credentials some of the time. 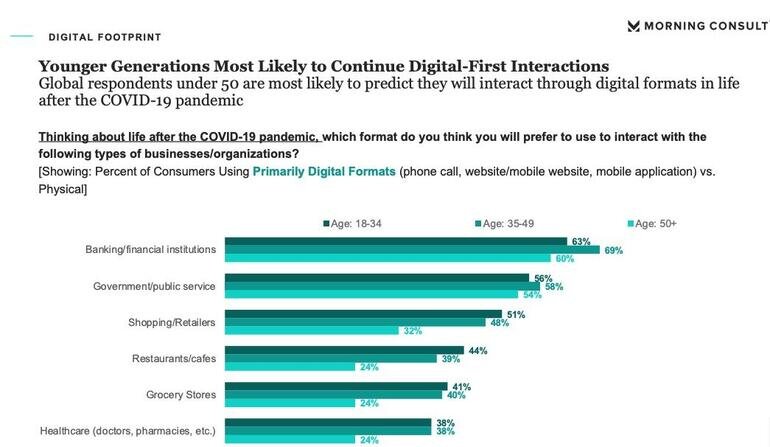 Not surprisingly, consumers shifted further into digital interactions during COVID-19 and are likely to continue a digital-first mindset post-pandemic, a new IBM report finds.

Based on a survey of more than 20,000 people around the world, the study on the security “side effects” of the pandemic also found that growing preferences for digital convenience are leading to lax security habits among users. With billions of new accounts created and users reporting widespread password reuse, the report stresses that these habits will provide ammunition for cybercriminals for years to come.

Among the key findings:

With users more likely to overlook security in favor of the convenience of digital ordering, companies will have to assume the burden of security and provide these services to avoid fraud, the IBM report said. Bad personal security habits may also carry over to the workplace – in fact, compromised user credentials represented one of the top root sources of cyberattacks in 2020, according to IBM X-Force threat data.

As consumers lean further into digital interactions, these behaviors also have the potential to spur the adoption of emerging technologies in a variety of settings – from telehealth to digital identity, according to the report.

“The pandemic led to a surge in new online accounts, but society’s growing preference for digital convenience may come at a cost to security and data privacy,” said Charles Henderson, global managing partner and head of IBM Security X-Force, in a statement.

“Organizations must now consider the effects of this digital dependence on their security risk profile,” Henderson said. “With passwords becoming less and less reliable, one way that organizations can adapt, beyond multi-factor authentication, is shifting to a zero-trust approach – applying advanced AI and analytics throughout the process to spot potential threats, rather than assuming a user is trusted after authentication.”

The survey shed light on a variety of consumer behaviors impacting the cybersecurity landscape today and moving forward. As individuals increasingly embrace digital interactions in more aspects of their lives, the survey found that many also have high expectations for ease of access and use.

Attention spans have also grown more limited. Most adults (59%) expect to spend less than 5 minutes setting up a new digital account, according to the survey. Other findings:

How organizations can adapt to the shifting consumer security landscape

Businesses that have grown more reliant on digital engagement with consumers as a result of the pandemic should consider the impact this has on their cybersecurity risk profiles, the IBM report said. In light of shifting consumer behaviors and preferences around digital convenience, IBM Security recommends that organizations consider the following: