What I Wish I Could Tell My Younger Self About Business 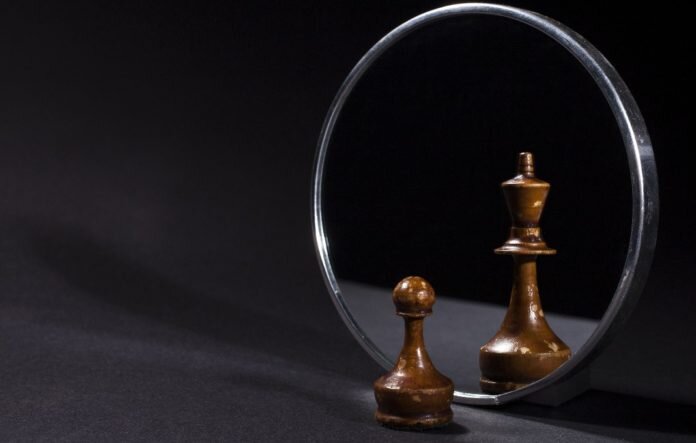 One seasoned entrepreneur shares the five most painful lessons he’s learned building companies, and what he wishes he knew then.

As a young child I always had a passion for buying and selling. Long before my 10th birthday I started finding and selling golf balls, then bikes, skateboards, and, by the time I was 13, I was buying and selling gold, diamonds, artwork, and cars. After university, that passion continued and I started buying shares of companies. Within a few years, and with some success, I moved on to buying the whole company.

Since then, I have bought, built, and grown over 30 companies. Of those I have taken more than a dozen companies public and raised over $1 billion for these various opportunities. I’ve created numerous exits over $100 million and built one unicorn. I’ve found opportunities all over the world. I had a banknote mill in Switzerland making the Swiss francs and Euros, a global leading wallpaper company, 2 pulp mills, gold mines, tequila, software, and dozens of others. I am now launching two new companies with disruptive technologies: in composites and a medical device.

I have learned a lot along the way. As always, the hardest lessons are now easy to recognize with the benefit of hindsight. These are five of the painful lessons I have learned along the way that I wish I could go back in time and teach my younger self to try and avoid.

As my business career has taken me deep into dozens of different industries, I am constantly hiring industry specific people to help run these companies. No matter how good the resume is or the references, not all hires work out. However, one thing that is 100% certain, is that if you recognize an employee to be not the right fit, or not as good as their resume would have suggested, you should fire them immediately. This may seem cold and harsh, but by the time you get to that point where you are feeling that maybe they aren’t the right person, you already know what you should do. To get to your assessment, you have probably given them several chances, extra time, and even convinced yourself that hopefully it will get better. Trust me, all you are doing is delaying the inevitable. Nobody likes to have to fire someone. Also, it is always a lot of extra work to re-hire for that position. However, after it’s done you are always glad you did it and wished you had done it sooner.

While this may seem like an obvious course of action, I can’t tell you how many times I have seen companies focus on things based on the old saying “well, that’s how we have always done it.” As an example, I bought a wallpaper mill in Germany. They only made four different wallpaper products, but of those four only one had a unique advantage. This one product had great margins and growth potential while the other three were losing money. After acquiring the mill, I pushed to drop the three commodity products where we had no advantage and focus solely on the product where we could deliver something unique. After arguing with management—then firing and replacing management—the new management team switched the mill to focus on this one product. We still sold the other three products, but we just bought them from our competitors and white labelled them as our own. After six years, we grew to over 60% global market share and this mill—which I bought for $7.5 million—was sold to a competitor for $210 million.

Lesson 3: Spend More Time Looking Outside the Company Than Within.

Too many times, I see management teams spending all their time trying to cut costs, streamline processes, or do other things that create minimal value. While this can make improvements of 1% or 2% over time, they are insignificant to the gains that can be made by looking outwards to the customers and the market.

An example is the taxi industry. While they focused on trying to get more revenue from placing advertisements in the back of seats and automating their systems, they completely missed the use of an app to hail a cab. This convenience is what drives the success of Uber and Lyft. The same goes for Kodak and missing the whole shift to digital cameras. Or Blockbuster and video rentals. All industries and companies will need to reinvent themselves quicker and quicker. So, spending time on recognizing those trends will provide bigger gains in the long run.

Keep in mind that whatever industry you are operating in right now, you have an advantage of knowing the trends and inner workings better than an outsider. Yet, so often it’s an outsider that comes in and dominates an industry while all the insiders look at each other in shock and recognize that they should have seen it coming.

Lesson 4: It Takes Just as Much Time and Effort to Do a Small Deal as a Big One.

While it may seem more intimidating and challenging to do a bigger deal, sometimes it’s actually less work and less difficult. If you or your company come up with a great breakthrough idea, it may cost a lot of money to launch and seem difficult to accomplish. However, things like raising the money can be easier if the breakthrough idea has significant potential.

Trying to raise a small amount of money for a “mom and pop” operation is actually harder since it usually lacks the excitement or sizzle that attract investment capital. With larger deals comes more capital, more resources to help, and generally more time to execute.

This is also the case with a start-up company. If you have a plan or a product and want to dominate your small home town, then it may not be interesting enough to attract money or talent. However, the same idea or product, but with a national strategy, can make a lot more sense. Either the idea is a good one and worth pursuing aggressively—or it’s not. Most startups fail not because of the idea or product, but because they run out of money before they get to break-even.

Whether building a company or launching a new product in your division within a company you need to ensure you remain optimistic. There will be challenges along the way, nay-sayers, and times when things look like it might not work out. Just take a deep breath, focus on small steps forward, and things will usually work out. The moment you lose confidence, things are much more likely to go downhill fast and may not recover. Not everyone is built to take chances, but if you are one of those people, then embrace it whole-heartedly and keep driving forward.

Worst case, if it fails, then you will have learned from your mistakes and have a better and bigger opportunity next time. Remember that Babe Ruth was considered the greatest baseball player of all time and he only batted 0.342, but he did swing for the fences!