How the Office will be Different for Workers When They Return 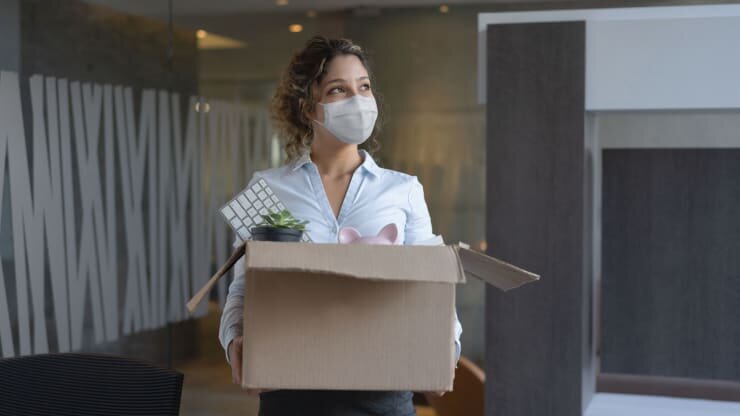 As workers get ready to return to the office, the workplace that will welcome them will be drastically different than what they remember pre-pandemic.

While the spread of the highly contagious Covid delta variant has pushed back the return-to-office plans of companies like Amazon, Apple, Facebook, Google and McDonald’s, companies remain eager to have employees back in the office.

Not only is it unclear when that will happen, but exactly how workers will return and what they will face is also still up in the air, top economists told CNBC recently.

“There will be much more hybrid work; there will be people working in offices and we will have people working at home,” said Mohamed El-Erian, advisor to Allianz and Gramercy. “It’s going to be a much more fluid population than it was before, and it’s going to evolve — I think a lot of people are going to discover that hybrid workplaces are not that easy to run, and we’re going to have lots of changes in the way work is done.”

Here are some of the ways that economists think the workplace will forever be changed.

Hybrid work is here to stay

While industries of all types have had to embrace remote work amid the pandemic, the concept isn’t exactly new.

Tech companies, for example, had already started to allow more employees to take advantage of working from home pre-pandemic, said Gary Shilling, founder and president of A. Gary Shilling & Co.

“I think that they are a symbol of what’s going to happen, and if people really want to work from home more of the time during the week, companies are going to have to adapt to that,” Shilling said.

The fact that many businesses are struggling to fill open roles and have concerns about losing existing employees will also weigh on the decision to continue hybrid work.

“That’s just the force of economics; if they want key employees and this person says, ‘I really don’t want to go to the office in San Francisco or New York or wherever every day, and I’ve got another offer where I don’t have to do that,’ that’s what they’re going to do and that puts pressure on companies to adapt.”

The impact on wages when working remote

As companies allow employees to work from home and not commute into an office, the question of where they can live will likely be raised as workers potentially will seek out cheaper options as opposed to big cities.

That, in turn, will make companies address several human resources issues, such as how much they should be paying workers who live in cheaper places, Zandi said.

“For example, say I worked in New York and decided now I want to work in Vero Beach, Florida,” Zandi said. “I don’t want to go back to New York, I can do my job here no problem — but if I’m living in Vero Beach, should I get New York wages or Vero Beach wages?”

“The answer is probably Vero Beach wages, but that is going to be a trick. Businesses will figure it out and adjust, but it will take some time,” he said.

Before the pandemic, many workplaces were shifting toward open office floor plans and getting rid of cubicles and offices to boost collaboration and communication.

But as employees are hesitant to be in close quarters with other people, the desire to be in shared, heavily trafficked areas may be low and the “space per employee” may have to be reconsidered, Zandi said.

“It could be that people will want 6 feet between them and the next person because they don’t feel safe,” he said.

Employees will likely be hesitant to head back to the office for any amount of time at first, so businesses should look to ease them back into it.

“You want to say, ’Hey, the office is open, we want you to come every day or three times a week, but you can come for an hour and you don’t have to come for the whole day, but we want you to come every day,” said Dan Ariely, a behavioral economics professor at Duke University. “You would want to do that because someone would come for a day, and nothing bad would happen, and that experience would reduce their anxiety.”

“The more concerned people are, by staying home we’re not really helping them get over it. I think we should say come to the office but for a very short time, and over time, people will learn that it’s not that dangerous,” he said.

Increased focus on worker well being

While working remotely has allowed some to improve their work-life balance, burnout and the stresses of the pandemic have weighed heavily on workers.

“We can all work a little bit more reasonable and have more flexible hours, and I think the pandemic might have helped with that because people had to adjust,” Nobel laureate Esther Duflo said. “I’m curious to see whether it’s going to stick or not — I hope the conversation in the media will help it stick because I think it will make everyone happier.”

← Older Post
← Everything You Need to Know About Vaccine Mandates, From an Employment Lawyer
Newer Post →
Understanding How to Fix Things When They Go Wrong →