‘Turnover Contagion’: The Domino Effect of One Resignation When key employees resign or are fired, this can set off a chain reaction known as ‘turnover contagion’. This may especially be the case during the pandemic and Great Resignation.

It’s been years since I last quit a job, but I remember it well. When our boss announced abruptly that she was leaving our small non-profit, the meeting room was full of shocked, unhappy expressions. She’d transformed the organisation into a more efficient yet inspiring place to work, and we were all sorry to see her go.

Soon after the arrival of her successor – who had a very different style – I resigned as well. My closest colleague followed suit a week later. Another colleague left as soon as she had another job lined up. This meant that nearly half the employees had left in the span of a few months.

This type of mass departure – which management experts dub ‘turnover contagion’ – is all too common. It can involve multiple employees independently reacting to the same change in personnel in policy (like the fashion subscription company that lost one-third of its stylists after scrapping its flexible-work policy). But there’s also a powerful psychological effect of seeing your peers leave, which can motivate you to start wondering if the grass is greener on their side.

The strength of turnover contagion depends on which employees leave, and the kind of circumstances they leave under. So, especially in today’s uncertain labour market, good managers should be strengthening employee retention and recruitment, to avoid being left captaining a ship without a crew.

As with so much of human behaviour, turnover is socially influenced. “A core idea behind our turnover-contagion research is that people are herd animals. We take our cues from others,” explains Will Felps, a management professor at the University of New South Wales in Sydney. “It’s like in the wildlife documentaries, where a herd of water buffalo will bunch up at the edge of a river they are collectively considering crossing. They’ll wait for a few brave ones to jump in and make it across before doing so themselves.” 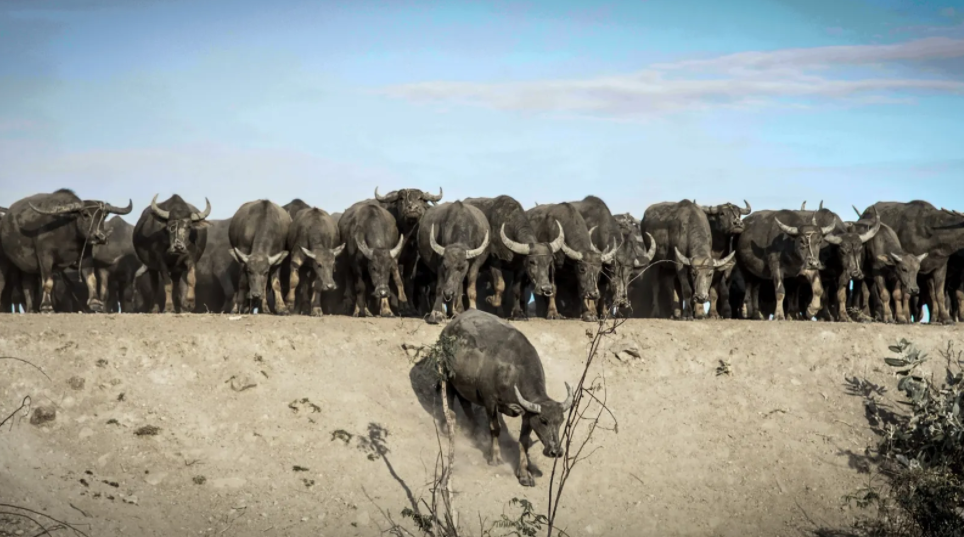 Like water buffalo, workers will “wait for a few brave ones to jump in and make it across before doing so themselves” – Will Felps

These social cues are especially strong when the water buffalo – or colleague – is a leader, work buddy or counterpart. People in ‘structurally equivalent’ roles are often influenced by each other: “If you notice that somebody in the same job is leaving, you may not know them personally, but if they’re in the same role as you are, that might be contagious,” says Peter Hom, a management professor at Arizona State University, US.

The social signal is intensified if the exiting employee is openly criticising the workplace, or bragging about a new prospect. A demoralised, unstable, fragmented workforce is one that’s likely to be looking around for new opportunities.

And if a good boss leaves, that can trigger worker resignations on the spot (like the struggling restaurant where half the staff quit alongside a beloved manager) or ones that cascade for months (like the hospitality company where the resignations of general managers increase turnover of core employees).

“It really does cause a mass exodus. The higher up we are, the more likely we are to have almost a wave effect between levels,” according to Nita Chhinzer, a human resources professor at the University of Guelph, Canada. “That’s where a lot of HR folks that I know are actually shaking in their boots… they know it’s one thread that can really take apart their talent management efforts that they’ve been investing in for years.”

There’s also a contagious effect to star employees leaving (like in the car dealerships where strong salespeople leaving motivates other salespeople to move on as well). “Some of my research shows that when the strongest performers on a team leave the employment environment, then others would suddenly start to re-evaluate the relationship with the workplace and think about leaving,” says Chhinzer. It’s less contagious when a poor performer leaves, because “we think to ourselves that the exit of poor performance is actually quite functional for the organisation and quite desirable”.

Chhinzer says that this is a universal pattern. “Collectivist cultures will still be more heavily influenced by the perceptions of others because they’re in a collectivist society; they believe that they all belong to the same group. And individualistic cultures are impacted by the exit of others, because we’re trying to maximise our own individual benefit. So, it makes us think about our cost–benefit equation at work and wonder if we missed something.” 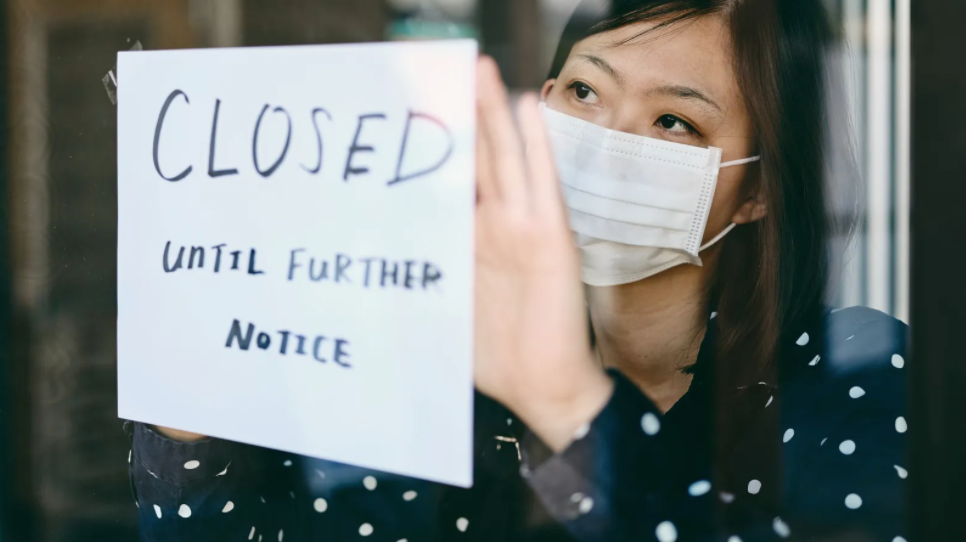 One pandemic trend has been social media posts by employees at restaurants announcing that the business has closed because nearly all the staff have quit.

One pandemic trend has been social media posts by employees at discount shops or fast-food restaurants announcing that the business has closed because nearly all the staff have quit. These workers aren’t just individually fed up with low pay and tough working conditions during the Great Resignation. They’re fed up en masse.

To Felps, this makes sense, because resignations can be particularly infectious during times of uncertainty. The ‘social proof’ that lets us know that quitting is acceptable is especially important “when faced with novel, risky or ambiguous situations. Covid ticks all three boxes”.

“So, in the current circumstances, if just a few people choose to leave an organisation, it is likely to prompt a number of other people to start seriously looking for other employment,” continues Felps. “This can domino, causing a tsunami of people to quit over a short period of time. So, I’d expect a lot of turnover contagion to be happening at the moment.”

F Ali, 25, and several of her colleagues recently quit on the same day amid a perfect storm of Covid-era instability, poor management, harsh conditions and the sacking of a key colleague.

F Ali (whose full name has been withheld) had been working as a Covid screener and receptionist for a for-profit medical facility in Ottawa, Canada’s capital. In her few months on the job, many things troubled her: the differential treatment between white employees and racial minorities like her; management’s hostility to staff unionisation efforts; and the short staffing that meant that patient care was compromised.

“There were days when we had two nurses on the entire floor of 40 patients,” she reports. “It was not unusual to be outside the building and see staff who work directly with patients crying or frustrated or angry, you know, unable to deal with the consequences of seeing their patients suffer.”

The final straw was when a fellow receptionist and friend, whom F Ali describes as an extremely dedicated employee, was fired suddenly under the pretext that she was using her phone too much (although it was necessary to use phones to communicate with colleagues on different floors). “That really broke me,” F Ali remembers. She suspects that management were firing receptionists in order to replace them with lower-paid Covid screeners.

F Ali immediately sent an angry email to several executives slamming their poor treatment of staff, and announcing her resignation. Two other receptionists quit on the same day. These were partly rage quits, and as F Ali remembers, “It was very gratifying to come in the next day and see one of the upper admin having to work the desk.”

Significantly, though, these quits were triggered by the dismissal of a well-liked, reliable colleague, whose absence would have made things harder on the remaining staff in addition to feeling searingly unfair. She may not have been a star performer in the sales sense, but she was key to the morale of a company where staff worked closely together. This aligns with Chhinzer’s research showing that employees who create a pseudo-family at work are more likely to be affected by turnover contagion than employees who work fairly independently. 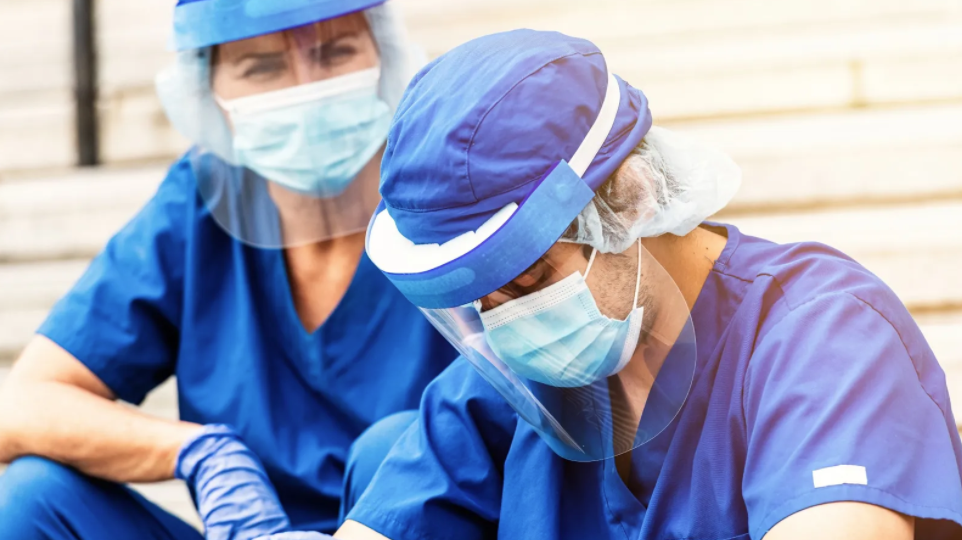 How to stem the tide

An employer desperate to curb an exodus might try to stop employees from telling each other about their exit plans, but this would be counterproductive. So would using surveillance to monitor workers’ intentions to leave. These kinds of strong-arm tactics are likely to breed more distrust and animosity, only making the open door seem more appealing to employees.

Instead of shutting down conversation, being more open about why staff are leaving will help dampen rumours. For example, if someone resigns for family reasons, that’s less likely to lead to turnover contagion than quitting due to job dissatisfaction. But if there’s a mysterious hush around a departure, people will speculate and potentially assume the worst. “One of the cautionary notes we have for managers is that they need to be very clear as to why that person left, if it’s a non-work-related reason,” says Chhinzer. “We can turn off turnover contagion when we see that it was a non-work-related reason why a person left.”

Felps encourages executives to take more positive practical steps to “nip quitting in the bud”, even if doing so seems like a big expense now. “The most obvious ways to build up barriers to leaving include financially and symbolically expressing your appreciation for employees’ remarkable efforts during this difficult time. And while pay increases might cut into profit margins in the short run, I would predict that it is better than risking the kinds of implosions that can happen when turnover contagion gets out of control.”

The departure of key employees is a critical time to invest in the remaining employees, and in recruiting new staff. Yet too many employers do the exact opposite: try to save money by burdening the existing employees with more work, which creates a vicious cycle of stress and resignations.

Unfortunately, F Ali isn’t confident that the collective quitting in the for-profit healthcare sector has led executives to reconsider their approach to retention. “They’re giving bonuses, but they’re not increasing the pay for the existing nurses,” says F Ali. Most of her nurse friends “are quitting their jobs for other jobs that are giving them bonuses and higher wages because their own employers aren’t willing to keep them on at a higher wage”.

If a workplace doesn’t address the underlying factors that make turnover contagion more likely among its staff, it may find itself the subject of the next viral TikTok video or Twitter photo after its employees leave in droves. Surely no company wants to be that one.