What We are Getting Wrong About the “Great Resignation”

More people are quitting their jobs, and it could shake the world of work forever. But are we making incorrect generalizations about the Great Resignation?

Workers are quitting their jobs. A lot of them. So many, in fact, we’re still smack in the middle of the so-called Great Resignation.

In the US, the Labor Department revealed that 4.3 million Americans left their jobs in August 2021, or about 2.9% of the national workforce – the highest number on record. In the UK, the number of open jobs surpassed 1 million for the first time ever in August. There are several reasons why workers are walking away – poor working conditions, fears of contracting Covid-19 and existential epiphanies among them – and researchers are discovering more as they continue to collect and mine data.

“I do believe there are thousands of individuals who are just fed up. They are overworked, they feel underappreciated,” says Jay Zagorsky, senior lecturer in markets, public policy and law at Questrom School of Business, Boston University, US. “Because many workers are in high-wage industries and are working incredibly long hours, there is a significant number of people who are just quitting.”

And these departures are “really something that could have lasting change”, says Anthony Klotz, associate professor of management at Mays Business School at Texas A&M University. Klotz is also the academic who coined the term ‘Great Resignation’, and predicted the mass worker exodus in May 2021.

But he and other experts say we’re missing nuances around the impact of people quitting in droves. There may not be as many workers resigning as we think, and perhaps not for the reasons we believe. They suggest we should be looking at the sweeping generalisations about the Great Resignation with a degree of scepticism, both in how we view this wave of departures and how we can expect it to affect the workforce going forward. 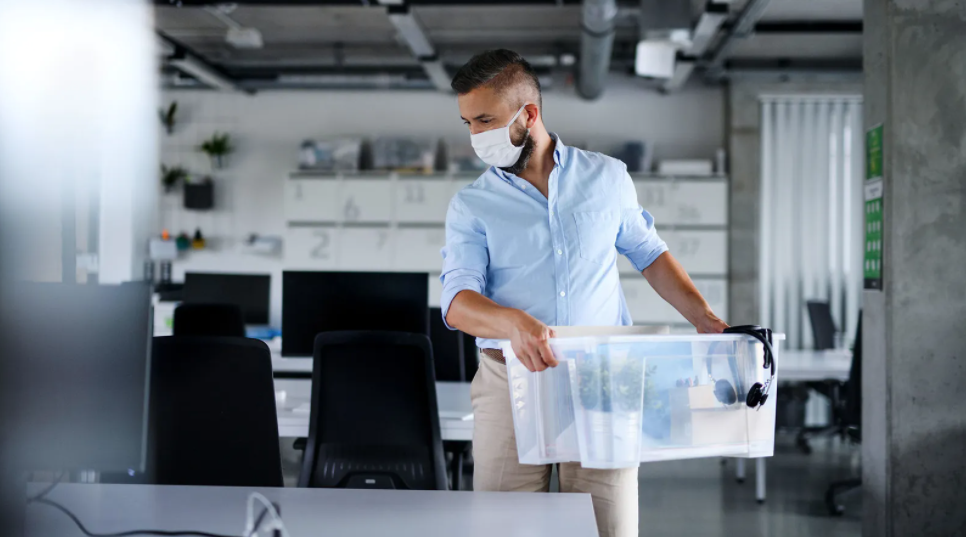 In the US, resignations are the highest they’ve ever been. But it’s still a very small portion of the overall workforce

Realistically, this is only a small minority of workers, and much of the coverage around the Great Resignation is actually focused on workers who are thinking they’d like to quit their jobs. “There are slightly more people resigning [than usual], but I think the big headlines are coming from the intent to resign,” says Martha Maznevski, professor of organisational behaviour at Ivey Business School, Western University in Ontario, Canada.

Additionally, the numbers we’re relying on to paint the story of a pandemic-induced mass resignation aren’t entirely straightforward. First, Zagorsky notes we don’t have enough longitudinal data to quite calibrate the scale of the Great Resignation; the US government has only tracked resignations since 2000. Additionally, quitting was already at record highs in 2019, before Covid-19.

So, although resignations broke records in 2020, it’s possible quitting could have ticked up without the pandemic as an engine. Zagorsky says resignations generally climb when economies are strong, much like they were in the US pre-pandemic.

Now, as the economy rebounds, it’s not perfectly clear whether pandemic-related changes are the primary driver of continuing resignations, or if higher quit rates are more linked to an increasingly stablising economy. (A historical parallel is the 2009 Great Recession – once the economy strengthened throughout the next decade, resignation rates went up, too.)

Plus, although workers across a variety of sectors are leaving their jobs, the resignations aren’t necessarily evenly spread. We often talk about knowledge workers in tandem with the Great Resignation, but Klotz says certain sectors including food service and retail  saw more quits during and since the pandemic.

Indeed, in the most recent US Bureau of Labor Statistics report, the sector with the most quits by far in August 2021 was food and hospitality, which made up 157,000 of the 242,000 total resignations (which are not the same thing as redundancies or terminations). In the food service sector, 6.8% of workers quit, the most of any sector; the second highest outside the leisure sector was retail trade at 4.7%.

That said, we’re not getting everything wrong about who’s quitting due to the pandemic. For instance, in healthcare, which has experienced a worker exodus, more people are leaving due to burnout and dissatisfaction after they bore the brunt of the pandemic response. And knowledge workers are among the pandemic-related departures, too, as Zagorsky points out.

But in general, there’s also not a lot of solid data that confirms which specific groups might be quitting. “The reality is, we don’t know [who’s making up the bulk of resignations],” says Klotz. “I’ve seen reports that it’s mid-career level people, I’ve seen reports that say it’s Generation Z, or ‘everyone’s retiring early, it’s the boomers’ – I don’t think we have a good idea of it right now.”

Regardless of who is quitting, it’s cathartic to think every person has the option to rage quit, taking their fates into their own hands. In some ways, people have framed the Great Resignation as a turning point, in which all people leaving the workforce are doing so voluntarily in order to create a better working world.

But this isn’t universally true. Some workers who’ve quit haven’t done so out of empowerment.

Maznevski says there are likely two broad categories of people participating in the Great Resignation: “One is people who are professionals, who are making a choice between ‘good’ and ‘better’. The other category is people who are making a choice between something that is really terrible, unhealthy and toxic, and survival. Those are two very different dynamics.”

In the former camp, some quit because of ennui and desire for growth; in the latter, some quit due to untenable working conditions or because they had to take care of children while schools were closed.

So, those voluntarily leaving their jobs are doing so for different reasons – and their resignations tell an entirely different narrative. 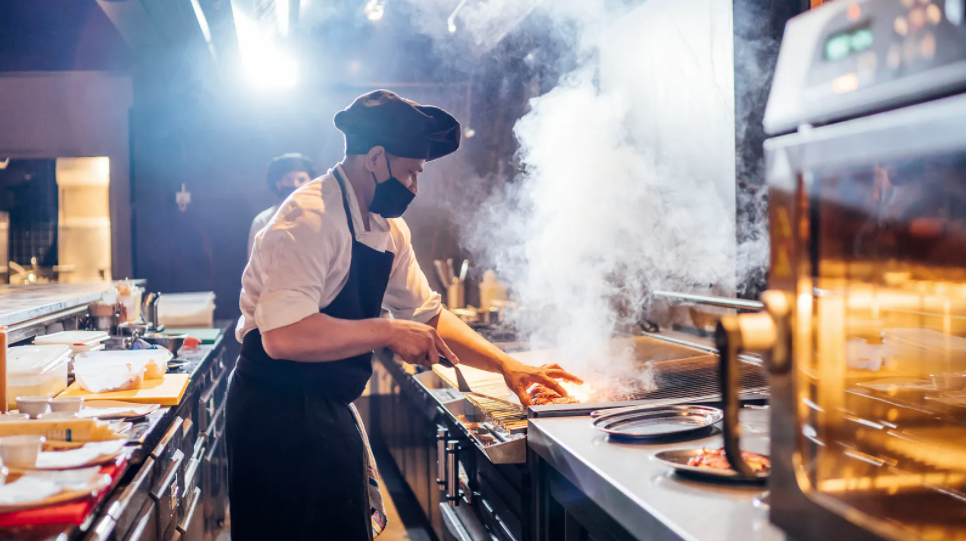 Food and retail, the sectors that are seeing the most resignations during the pandemic in the US, have some of the highest quit rates historically anyway

“You can only resign if you have a choice,” says Maznevski. And this luxury is more readily available to more affluent workers who are more senior in their careers, adds Klotz.

In other words, we may only be seeing the Great Resignation through the eyes of those who have the privilege to quit, like top executives or financially secure workers. But the reality is that it’s hard to parse from the existing data which workers are quitting more and why, which can distort what’s really happening, and might encourage people to boldly quit and think everything will work out for them.

The problems that prompt resignations aren’t going away

It’s tempting to trumpet the Great Resignation as a sweeping event that will uniformly change labour conditions. But because the factors driving resignations are so different, if changes do come, they’ll likely look different depending on the sector and the types of jobs.

Some companies might cater more towards white-collar workers’ demands for continued pandemic-era flexibility, like remote work; other companies in service sectors might respond with long-overdue improvements to conditions or higher wages.

For white-collar workers, the pandemic has afforded many new perks that were practically unheard of pre-pandemic: the ability to work from home or remotely long-term, cutting out commutes, greater flexibility, being able to spend more time with friends and family. Workers won’t be giving these up easily – and if companies don’t provide them, more people may very well resign more often. Blue-collar workers, who’ve already had to face inequalities that were amplified during the pandemic, might be lured with higher wages – which are already rising the fastest they’ve risen in the US since the Great Recession.

This said, we don’t know what will pan out – and whether conditions will improve for everyone equally. If they don’t, this may be another crack in the narrative that this swath of resignations has universally moved a needle.

Importantly, workers need to avoid being swept into the hype, and be more thoughtful going forward when discussing the reasons more people are quitting and what that means for the future of work.

“The causes of the Great Resignation are sort of multi-faceted, and manifest themselves in different ways,” says Klotz. “It’s not that simple – and I think it’s only going to get more complex.”