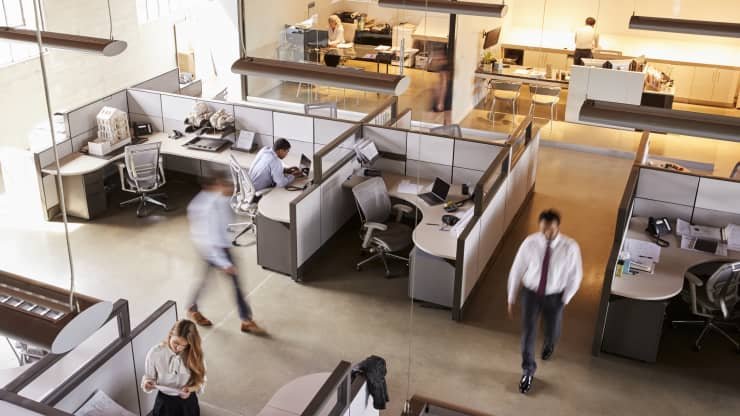 Business leaders spent the bulk of 2021 managing record turnover during what’s become known as the Great Resignation, with a big focus on people quitting for higher-paying jobs, better working conditions and attractive benefits. But according to one analysis published in the MIT Sloan Management Review, researchers say record turnover is actually being driven by something a lot harder to fix: a toxic work culture.

From the data — which considered turnover from April to September 2021, Glassdoor reviews from the last few years (including before the pandemic) and 172 culture metrics at roughly 600 companies — researchers found toxic work culture to be the biggest factor that led people to quit, and 10 times more important than pay in predicting turnover.

From those reviews, the most common ways employees described toxic culture at their company were through a failure to promote diversity, equity and inclusion; workers feeling disrespected; unethical behavior or low integrity; abusive managers; and a cutthroat environment where they felt colleagues were actively undermining them.

What’s significant is that toxic workplace factors lead to a “stronger reaction” — quitting — more so than other bad work issues, says lead author and MIT senior lecturer Donald Sull. “People may grumble about their workplace being bureaucratic or feeling siloed, but they still don’t leave,” he tells CNBC Make It. But signs of toxic work culture are making people walk away.

Industries with the highest rates of attrition from the research are apparel retail (19%), management consulting (16%), internet (14%), enterprise software (13%) and a four-way tie across fast food, specialty retail, research hospitals, and hotels and leisure (which all saw 11% rates of attrition).

But employers within each industry also varied widely in their turnover rates. In aerospace and defense, for example, Boeing lost 6.2% of employees from April to September, compared with SpaceX, which lost 21.2% of its people. Sull says those differences can indicate how much company leadership, not just what’s going on in an industry, plays a role in work culture and turnover.

Other leading predictors of turnover include job insecurity and reorganization, high levels of innovation (as in, companies that move so quickly that they burn out workers), failure to recognize employee performance, and poor response to Covid-19.