4 Principles to Develop Next-Level Leadership at Your Company 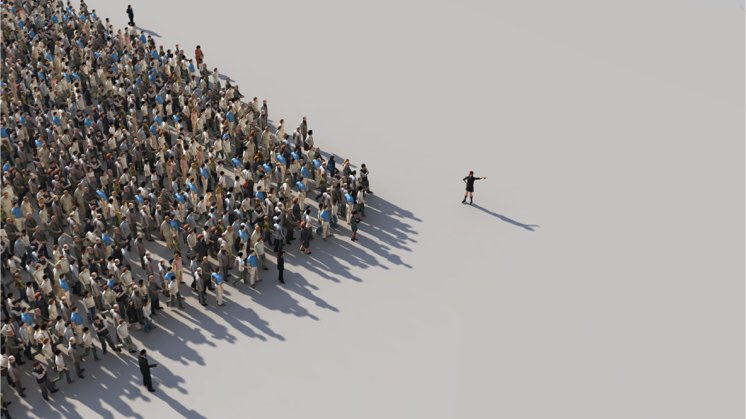 Filling management holes that get created when the company gets bigger is important. Use these four principles to develop the leaders in your organization.

For a company to be successful, it must find a way to develop talent. It isn’t always possible to hire leadership from the outside. Being able to develop leaders within the ranks will help the company to grow and fill future needs that come about organically.

When I worked for a company that was growing, we knew we had to spend time with our staff to help them grow into the leaders we needed. I created a training format that we used over and over to coach up emerging leaders and prepare them to take on more responsibility.

This training was ongoing. We instilled four principles in their work. This translated the core values of the company into their daily actions. It gave them a foundation to build their individual leadership style.

It didn’t mean that everyone could take on a leadership role. Some people naturally make better leaders. Some people enjoyed keeping their technical focus and didn’t want to change. Others wanted the additional money but not the extra work.

To be able to take on more, the individual also had to show that they could handle their current responsibilities. The example I would use is that the third string punter on a football team wouldn’t be voted captain. While talent isn’t the only requirement, there had to be enough ability to do their job at a high level. If someone isn’t at the top of their game, they would not be viewed as a leader.

We were able to go from a staff that wanted the extra benefits of leadership (more money, promotions, authority to make decisions, etc.), to a staff willing to do what was necessary to improve as leaders. Instead of just showing up and checking off a box, they put in the work to get better.

But for those with leadership potential and the drive to grow their skills, we could provide them foundational knowledge they can rely on to be successful. Here are those four principles:

This is different than being in charge. If they are in charge but don’t own it, they will always find others to blame when things go wrong. They won’t step up to do the extra work necessary when something gets fouled up.

The reality is that there are always going to be outside factors to blame. It is easy to find a scapegoat, because today’s business processes are complex and interconnect with other areas. This gives us plenty of places to point the finger when mistakes happen.

Instead, leaders need to make it their job to keep pushing things forward. They don’t sit back and wait for tasks to be given out to them. They search for ways to improve the team and catch mistakes early to prevent them from turning into major problems.

We emphasized that this was the antithesis to the “us versus them” attitude. We broke down silos by having leaders willing to step beyond their area to work with other teams to solve problems and improve efficiencies.

When everyone takes ownership, people are willing to do what is needed without finding ways to skirt responsibility. By taking ownership, this also meant consistency. It was more than one-time effort. It was exemplified in the habits, routines and patterns, not just in the one-off.

Our leaders started to have more follow-through. They would finish what they started. They knew that a failed outcome meant we didn’t do a good enough job. They didn’t expect praise for their part while pointing to others as the problem. They owned it.

How do you know you did something right? Most people look at their task. Did you accomplish the task or not? Did they do what they had to do?

For leadership, we needed to shift our thinking. Each task is important, and we constantly measured individual production versus our key performance indicators. But next-level leadership required a shift in perspective.

We taught that most people rely on linear thinking. They see a problem and want to point it back to one factor. Linear thinking follows quick, snap decisions without much analysis.

Instead, we needed to use systems thinking. We had to see the interconnection between various parts of the system. We had to see that the decision for our team to increase production caused a problem downstream. Our shortcut caused ramifications to the quality control team. Or our boost in sales by cutting prices meant we had to pay overtime to make up for the additional work, further hurting the bottom line.

Systems thinking helps see the full business systems, not just the individual parts. Solutions had to account for the full system. This would help them develop higher-level thinking. They started to see the forest and the trees instead of getting stuck in the weeds.

Next-level thinking also meant that they had to be excellent problem solvers. We didn’t want problem finders or problem magnifiers. We wanted people who would see the problem and work out a solution.

When they explained the problem to their boss, they presented the research showing how it happened, along with options for solving the problem and their recommendation. We taught them that without this, they weren’t helping us, they were hurting us.

Anyone can point out problems and make them worse. True leaders can see problems and find solutions. Next-level thinking translated to honesty. They stopped throwing each other under the bus. They didn’t lie when they didn’t know something. They would go find out the answer. They learned the rules so that when they had to break them, they had good reason to do so.

Principle 3: Respect time (your time and others’ time)

The third principle revolved around time management. Leaders needed to respect their time enough to have efficient time-management systems in place. They couldn’t let others drag them down. They needed the ability to work with others to be efficient, so the work got done.

We presented numerous ways to look at their mountain of work and slice it up, so it becomes manageable. If they didn’t get everything done, at least we knew they hit the high-priority items and didn’t get stuck diving down a rabbit hole.

By respecting their time and others’ time, they were able to be more efficient. It didn’t mean everything suddenly got done instantly, but it gave them a framework, which gave us confidence in them. We didn’t need to micromanage their day. Instead, we trusted their ability to decide what to focus on.

Principle 4: Focus on progress not perfection

Nobody is perfect. Chasing perfection means that we forgo experimenting or trying new things because we don’t want to mess up. Trial and error, by definition, means there will be errors.

We had to, instead, keep making progress. This meant continuous improvement. It didn’t mean people were afraid to try. It meant we addressed flaws and obstacles and kept moving forward. We changed the measuring stick. We didn’t look for the small mistake to criticize. We looked at the patterns to see if we were getting better over time.

Being able to develop leadership within an organization can be the difference between scaling a business and plateauing. Organic growth means there will be new needs in the future. Filling holes quickly with emerging leaders is more optimal than looking to hire from the outside.

We used these four principles of next-level leadership to develop the talent within our company, so that as the company’s revenue grew, so did the number of people stepping up to help.

The great part of it is that these principles are universal. They weren’t specific to our industry or our product line. They are principles that can be applied to almost any business team to improve and develop leadership. Use these if you find that your company’s growth is creating a void in next-level leadership.

← Older Post
← Can We Fix What’s Wrong With Continuous Performance Management?
Newer Post →
Training: Back to the Basics →