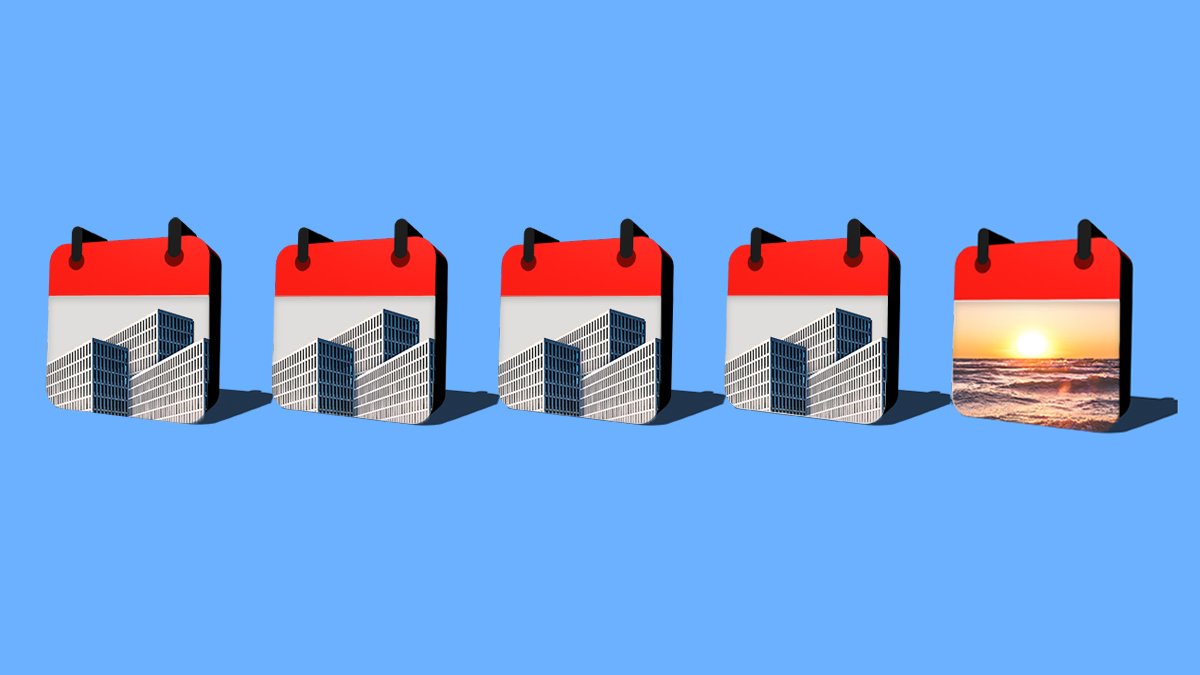 Despite the gains workers have made through the Covid pandemic in increasing flexibility in where they work, bigger workloads have meant that there is little slack in the system for people to take time out and recover. The effects are obvious. In 2020, 62% of people reported that they had experienced burnout “often” or “extremely often” in the previous three months, and in 2021, 67% of workers reported that stress and burnout had increased since the pandemic. Perhaps it is no surprise then that initiatives such as the four-day workweek, remote and hybrid working, unlimited paid time off, and right-to-disconnect have been gaining in popularity in an attempt to tackle these high-workload, always-on cultures.

But do these solutions really offer change for workers? Can they help employees and managers rebalance demands? Our work at the ESRC-funded research center UK Digital Futures at Work (Digit) Research Centre suggests that the answers to these questions are complicated and not easily answered without addressing the real problem: the issue of excessive workloads and intensification. By focusing so strongly on the where and when of work, policymakers appear to have lost sight of how and how much we are working.

To illustrate, in a recent study about New Zealand’s move to the four-day workweek, researchers Helen Delaney and Catherine Casey found that not only was work intensified following the change, but so too were managerial pressures around performance measurement, monitoring, and productivity. Indeed, several well-regarded studies into the four-day workweek are promoted in the media on the basis that productivity should not fall (or indeed, should increase) if the change is managed well.

It can hardly be sustainable or reasonable to expect already frazzled employees to keep working to existing workloads with one fewer day a week, which is why, while we support four-day workweek initiatives, employers need to be aware of two important factors. First, a reduction in hours must also be accompanied by a revision of or even reduction in workload. Second, time at work could become even more intense and stressful for workers, even if there are productivity benefits to be had. Here’s what leaders need to understand before trying a four-day workweek.

Unfortunately, removing access to work (voluntarily or not) does not mean that the work itself is removed. Existing research suggests that the extent to which people like to remain connected out-of-hours is often based on individual differences and circumstances. We also know that remaining connected to work out-of-hours can be stressful, but that voluntariness, personal preference, and job role can mitigate this.

Contemporary approaches to performance management also call into question the extent to which individuals truly have a choice when it comes to out-of-hours working. Research shows that people with more intensive workloads tend to ruminate about work outside of working hours and are unable to switch off until their work problems have been solved. On the other hand, our own research has shown that some people want to be able to check in on work and keep connected because it worries them more when they do not have oversight of what is going on, which prevents them from feeling in control.

As organizations and governments consider four-day workweeks, it’s important that researchers ask how different types of time off translate into both well-being and performance benefits. For example, in the four-day workweek, is it having a full day off each week or is it working four days’ worth of hours across the week that helps? Can time-use diaries be used to show that people are actually switching off from work when disconnected from it and engaging in activities that promote well-being and meaningfulness? Are diverse groups and those with caring responsibilities equally benefitting when they cannot access their work at certain times of the day or week?

The New Zealand four-day workweek pilot found that, to fit in their “real work,” employees took shorter breaks and spent less time lingering to socialize in order to resume their measurable tasks. According to Wired, while “some workers enjoyed the ‘exhilarating’ and ‘full-on pace,’” others felt “the urgency and pressure was causing ‘heightened stress levels,’ leaving them in need of the additional day off to recover from work intensity.” Participants in the research bemoaned that there was no more time for “banter” and that creativity and innovation were being stifled.

The New Zealand four-day workweek trial rings some alarm bells, in that reductions in working days did not necessarily create well-being benefits as workers struggled to meet the demands of their job roles. It is perhaps telling that much of the publicity around the success of Microsoft Japan’s four-day workweek trial rested on how productivity increased substantially during the study period. Employers may need to be careful about promoting outputs over well-being if they want to be seen as investing in their workforce’s work-life balance.

While the ideas of a right-to-disconnect or a four-day workweek are clearly laudable and well-intentioned, there is a danger in fixating on specific initiatives. A four-day workweek probably sounds great to many employees (and maybe even their managers)! But, as with so many things, success lies in the details.

There is no easy way to address concerns about how (and how much) we work, but our research tells us that no matter what we do, taking a holistic, long-term focus on the well-being of the workforce is the best path to both happiness and prosperity. Maybe the answer is a four-day workweek. Or maybe it’s something else. But we must start with an honest appraisal of how productivity and time trade-offs impact the well-being of workers.

← Older Post
← Is Your Hiring Process Costing You Talent?
Newer Post →
This is How to Get People to Change: 5 Secrets from Research →