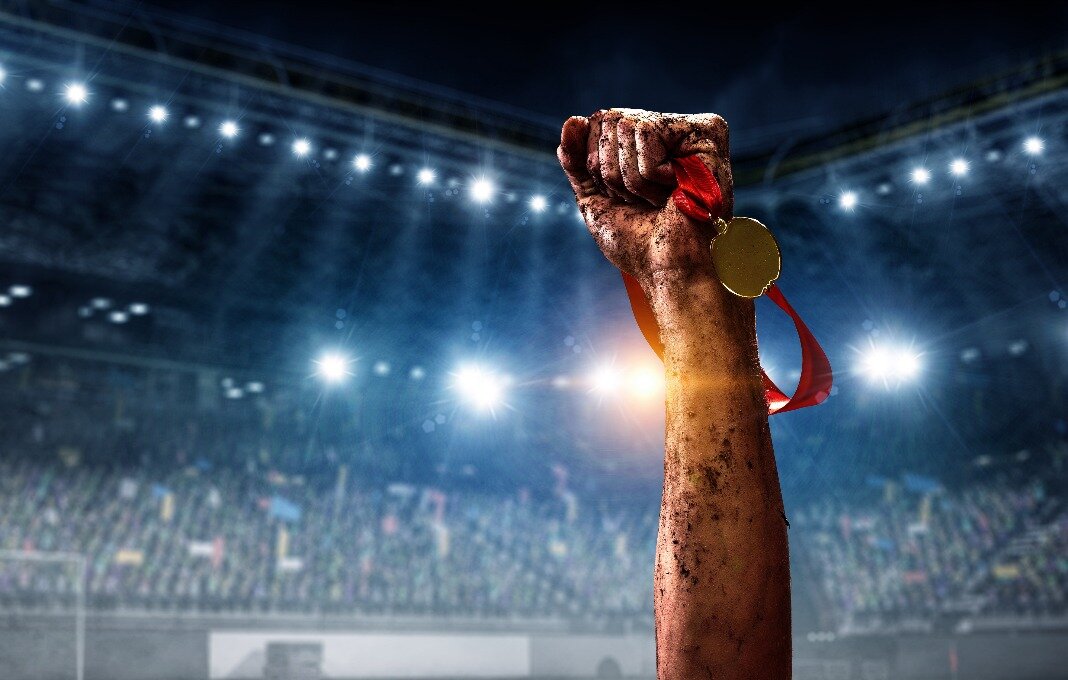 I’ve always been interested in the growing convergence between individuals and their businesses. One particular trend in this growing intersection is a type of corporate personification in which companies now have visions and values, just like people, and people now have missions—just like companies.

I know exactly what my personal mission is: to live my best, most extraordinary life by helping others live theirs. Given my personal mission, it’s probably not surprising that I have a fascination with what exactly it is that allows some people, whom I’ll call extraordinary, to achieve their fullest potential and make uncommon contributions to the world.

Recently, The Colony Group began a podcast called Seeking the Extraordinary to identify, understand, and explore the undiscovered world of the extraordinary.  Conversations with guests are structured to reveal how their backgrounds, personalities, accomplishments, adversities, ideas, and innovations have led to extraordinary outcomes, personally and for their organizations.

I’ve had the opportunity to interview some very special people, from professional athletes and Olympians, to business titans and pioneers, to leaders of government, philanthropies, and entire communities. I’ve learned something from each of them. But taking them all together, I’ve discerned eight intriguing commonalities that lead to personal, societal, and business successes.

1. They have a personal mission or purpose.

There are certain questions that I ask all my guests, including whether they have a personal mission. I have yet to hear from a single guest that they did not. They all have a clear, and typically simple, mission that guides them in almost everything they do.

You see, what we perceive as extraordinary may, in fact, actually reflect an extreme focus. A bright light can often be seen from far away, but it is just that: light dispersed in infinite directions. Now focus that light into the pinpoint precision of a laser, and that same light, with this intense focus, can be infinitively more powerful.

So it is with people who have a personal mission. Those of us who do as much as we can, wherever we can, and whenever we can, may make many contributions to the world. But those who can operate exclusively within a precise mission rubric are, to borrow the metaphor, laser focused, capable of doing a few truly extraordinary things within the scope of that focus.

2. They embrace and take advantage of their interdependence with others.

One of my favorite interviews thus far was with Jim McCann, among the earliest and most successful pioneers of e-commerce and the founder of what we now know as 1-800-Flowers. Jim could rightly brag about his individual accomplishments, but he will be the first person to tell you that he would have been a complete failure had he not recognized how his fate was always tied to those around him. He understood at the earliest age that he could achieve the truly extraordinary only by functioning alongside, and synergistically with, others in an ecosystem that he appreciated and harnessed for its full potential. For Jim, that ecosystem included his employees, his customers, his suppliers, his community, and even the media.

For Nikki McCray, an Olympian and one of the greatest basketball players and coaches ever, her interdependence was with her teammates, coaches, fans, schools, teachers, and her friends and family. Yes, she learned to be a great team player, but most successful players and coaches do that. Her elite success was powered by the way that she was able to recognize and capitalize on her interdependence with others.

3. They are efficient learners.

Along with many others, I’ve written about the benefits of lifelong learning. But even lifelong learners are not necessarily efficient learners. Some learn more efficiently than others, and that can be a huge advantage in an existence limited by time.

I interviewed two of the all-time great NFL players, Hall-of-Famer Ty Law and defensive force John Thornton. Consistent with our first two traits, they both demonstrate pinpoint focus and fully embrace their interdependence with others, but they also display an uncanny ability to learn. They spoke at length about their high intensity learning from coaches, mentors, and teammates.

Yet, after their careers as athletes, in only the shortest period, they were able to learn entirely new skill sets and new professions—multiple times—that had nothing to do with football. In both cases, they learned their new crafts with the greatest efficiency, and their ability to learn seems to be a key to powering their extraordinary accomplishments.

4. They are undeterred by their mistakes.

One of my favorite parts of my interview with Boomer Esiason was when he discussed being fired by Monday Night Football. He wasn’t defensive about it. He owned the fact that he was responsible for it and that it was up to him going forward to avoid similar mistakes. He never allowed that moment in his career to deter or define him. He simply learned from it.

Dan Jansen was favored time and time again to win his speed-skating events at the Olympics, but he failed repeatedly to earn a medal. Nonetheless, he was undeterred. He continued until he earned the gold medal that everyone else had written off as no longer possible.

When I asked Dan and his friend, Bonnie Blair, to talk about their biggest mistakes, neither could think of one! It was not because they never made mistakes in their lives. It’s because they see their mistakes differently—as learning experiences that should be welcomed, not avoided. As Jim McCann likes to say, “If we’re not making mistakes, we’re not learning.”

5. They are inclined to be optimistic.

Cynthia Hudson has every reason to be a pessimist. She comes from a family that has been fighting for social justice, equality, and inclusion for generations, and she remains painfully aware of how far we still seem to be from achieving these ideals. The International Head of CNN en Español, Cynthia is relentless in pursuing her and her family’s mission. Yet, despite her frustrations and the challenges she has faced, she is perpetually optimistic.

I’d say the same of all the people I interviewed. They’re inclined to be optimistic, positive, and hopeful—regardless of the circumstances. They are fueled with a can-do energy that enables them to go places where others who lack this positive energy simply cannot go. Their optimism allows them to see past a difficult set of circumstances and enables them to continue their journeys when others are likely to stop.

6. They are confident, but not overly confident.

All the people I interviewed are confident, and rightly so. But they’re also humble.

Bonnie Blair, one of the most decorated Olympians in history, doesn’t seem to have a boastful bone in her body. Why? Because she knows that even success at the highest levels is always limited and that ultimately she’s just competing with herself. She told me a story of skating her best race ever at the time only to come up short of a medal.  But she was happy anyway because she knew that she performed well and that others had just performed better.

Overconfidence leads to hubris. Extraordinary people are able to avoid this dangerous vice.

7. They are willing to work hard.

This one’s obvious, and the people I spoke to are not slackers. Less obvious is that I’m not talking about 9-5 people. I’m talking about people who are prepared to do whatever it takes to achieve their mission.

Our extraordinary guests also seem to have a secret approach to what we see as their hard work: they don’t view their hard work as hard work. They see their efforts as a natural, self-sustaining means to achieve their missions. From our perspective, they are among the hardest workers we might observe. From theirs, there’s nothing unusual at all about what they’re doing.

8. They respond well to challenges.

Some of my guests have faced unimaginable challenges in their lives. Jim Langevin was accidentally shot at the age of 17, resulting in his nearly total paralysis. Dan Jansen lost his sister to leukemia on the day of his Olympic race. Boomer Esiason learned that his young son had cystic fibrosis, for which there was no cure.

But Jim went on to have a storied, decades-long political career, including as the first quadriplegic member of the U.S. House of Representatives. Dan went on to race in the face of great tragedy and persevered until he finally won his gold medal. Boomer, in addition to his career in the NFL and as a broadcaster, created the Boomer Esiason Foundation, which has raised over $200M for cystic fibrosis research.

Extraordinary people are challenged just like the rest of us. But imagine one of them sitting on a tight, elastic rope. Push them downward far enough, and they’ll spring right back up with the very same level of force with which they were pushed downward.

If you really want to understand what makes these people different from so many others, look for these common traits. And if you seek the extraordinary for yourself or for others, emulating these traits is a good place to start.