Retirees Are ‘Unretiring’ — and That’s Good for the Labor Market 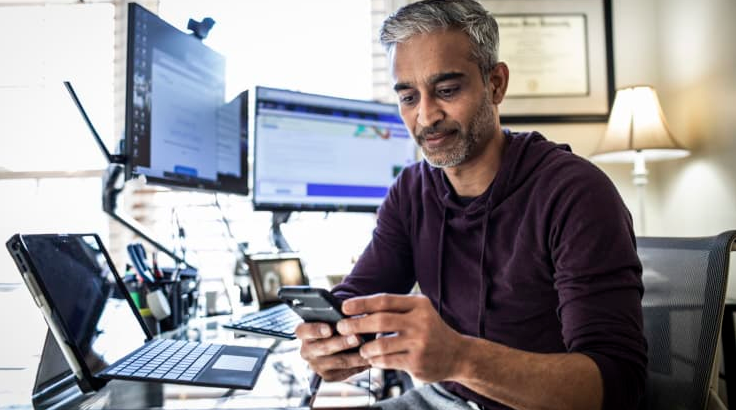 Retirees are coming out of retirement, and that’s a good sign for the labor market.

Early retirements among older Americans were among the many labor distortions related to the Covid-19 pandemic, according to economists, as health risks and other factors led many to leave their jobs.

But there’s an open question: Are these retirements permanent, or will these workers rejoin the labor force?

The answer could have big implications for the U.S. economy and even the finances of everyday Americans, at a time when overall labor force participation has remained stubbornly low. 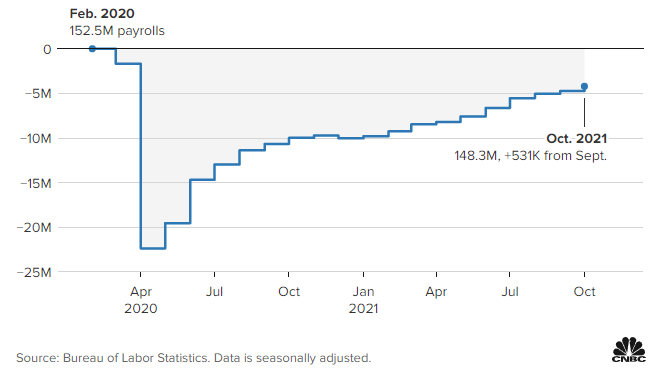 Change in total U.S. employment from pre-pandemic levels in Feb. ’20

The number of retirees re-entering the job market is picking up, according to Nick Bunker, economic research director for North America at job site Indeed.

That’s largely a positive thing — most pandemic-era retirements seem to have been for “bad” reasons (forced retirements amid a health crisis) rather than “good” ones (like inflated nest eggs), he said.

″[The trend] suggests there’s a group of people out there who want work and are increasingly finding it,” Bunker said. 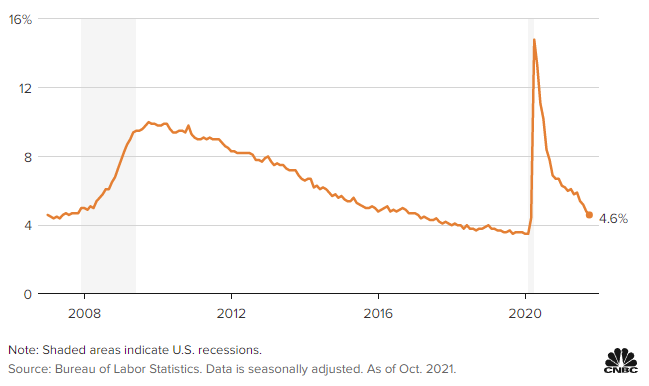 Bunker analyzed data from the Current Population Survey (a household survey from the U.S. Census Bureau and U.S. Bureau of Labor Statistics used to piece together part of the monthly jobs report) to determine the so-called unretirement rate.

(Of the people who’d reported being retired in 2020, this rate measures the percentage who said they were employed 12 months later.)

This is a noticeable pickup in “unretirement” relative to other periods during the pandemic, he said. The rate had cratered to 2.1% by June 2020.

The current rate is still a bit below its pre-pandemic trend around 2.5%-3%, Bunker said. (These rates don’t apply to a specific age group, but it’s safe to assume most retirees are older, he said.)

But even seemingly small upward shifts in that rate can have a meaningful impact since it applies across a huge swath of people, according to Aaron Sojourner, a labor economist and associate professor at the University of Minnesota.

“We can see there’s some reversal occurring now,” Sojourner said. “We seem to be bouncing back a little bit.”

About 3.6 million more Americans were out of the labor force and didn’t want a job in October 2021 relative to October 2019; of those, 3.3 million, or 91%, were older Americans age 55 and older, according to an analysis Sojourner conducted of federal data. That hints at the magnitude of early retirements, he said.

Whether these retirements are durable or temporary is largely a function of how people want to use their time, Sojourner said.

Covid vaccination rates are climbing; restraints on childcare seem to be easing, relieving grandparents of care responsibilities they may have shouldered for working parents; job prospects are improving and wages are rising.

Amid that backdrop, would people in their 50s, 60s, and beyond rather spend their time in or out of the labor force?

“If they’re enticed back into the labor market — by improving public health and jobs — that’s good,” Sojourner said. “It means they have better options.

Of course, finances may also be a concern for those who feel they need to draw a paycheck to make ends meet.

Whether workers are enticed back to the labor market or not is an important consideration for the U.S. economy.

While overall job growth has been accelerating, millions of workers remain on the sidelines. Employers have raised wages (especially in certain sectors like restaurants) to attract job interest and have also somewhat raised prices, Sojourner said.

Bringing more workers into the job market and boosting labor supply may help ease any wage and price pressures, he said, and lessen the likelihood of the Federal Reserve stepping in to slow down the economy and rein in consumer demand.

Of course, early retirements aren’t the only factor that may be contributing to a lower-than-anticipated labor supply.

Perhaps largest among them: The pandemic is ongoing. There were 84,000 average new Covid cases a day as of Monday, an increase from the recent 64,000 low on Oct. 24. And Covid-related deaths, while on the decline and which occur overwhelmingly among the unvaccinated, still average more than 1,000 a day.

← Older Post
← Millions of People Quit Their Jobs in the ‘Great Resignation’. Here Is Why It May Not Last Long
Newer Post →
Biden Admin Considering Vaccine Mandate For Businesses With Fewer Than 100 Employees →