How to Have the Difficult Conversations Most Leaders Hate 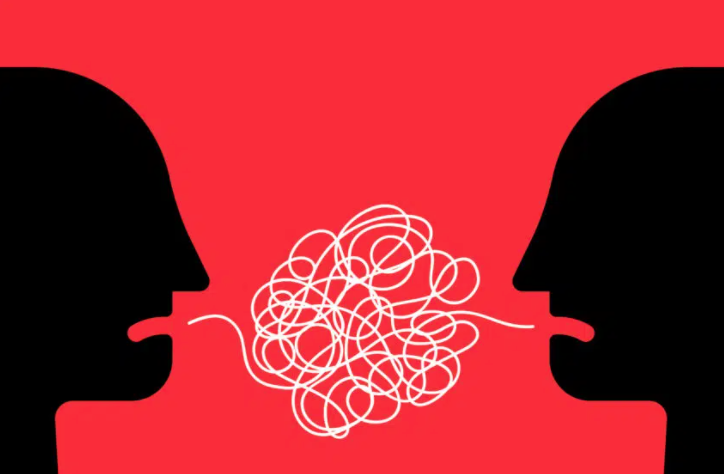 It wasn’t my first difficult conversation as a manager, but it was one of the toughest.

At the time, I was working as a consultant on a program for a large, household-name company. The team I led consisted of project managers who oversaw lots of data specialists and other technical types, all dispersed across the globe.

Well, I started to hear a lot from one particular corner of this team. One of my PMs apparently had a pretty toxic management style—toxic even by the standards of a relatively aggressive corporate culture. One . . . then two . . . then three of her direct reports came to me about what they perceived as this manager’s very rude, cutting style.

One by one, I listened to their complaints. They seemed at the end of their ropes, almost hopeless. And some of her behavior did sound beyond the pale.

So I coached each of these employees on strategies for dealing with her, how to defuse situations and avoid her wrath.

But I didn’t do the one simple thing I should have: Talk to this person herself.

Eventually, though, as the complaints continued to roll in, I realized I had no choice: I needed to have what sounded like an extremely difficult and awkward conversation. After weeks of dread and putting it off, I set up the meeting and broke it to her: “Your team is really upset. They feel that you are disrespectful and rude to them on a daily basis.”

The mood of the conversation was quite a roller coaster. It started combative: She denied the behavior, wanted names of who said what about then. Then it moved to surprise. She’d been totally oblivious to how she was coming across. For her, a cutting style was just how you got things done. Finally, after I’d given her several specific examples (while guarding my sources), she began to see the issue.

This story has a happy ending. After we’d talked through different ways she could hold her team accountable without demeaning them, things got a lot better. Not only were people happier working for her, but the team’s results improved too. Finally, she was able to influence people to do what needed to be done. They finally respected her—because she finally respected them.

Why We Hate Difficult Conversations

I had that conversation weeks after I should’ve, but that was better than not having it at all. Crucially, I was the only person who could’ve had that talk with her. It wouldn’t have had the same effect from a direct report or even a peer—it had to be me. It was my responsibility as her manager.

This is what so many managers miss when they wriggle out of the tough conversations that every manager must have:

Avoiding or abdicating [the difficult conversation] is sometimes an act of selfishness that we’re disguising as an act of caring. In other words, when we say, “I don’t want that person to feel bad, so I’m not going to go talk to them about that,” what we’re really saying is, “I don’t want them to blame me for feeling bad. I don’t want to have to deal with them.”

For most us managers and leaders, difficult conversations are always going to be, well, difficult. But here are a few pointers I’ve picked up over many years of practice. I hope they help you embrace the discomfort and reap the much larger benefits of having these talks when they need to happen.

Remind yourself that you’re doing this for the employee’s benefit.

As Lencioni reminds us, difficult conversations are for the employee’s benefit, not yours. And research shows that most employees actually want the negative feedback that you dread giving.

When it’s time for the next difficult conversation, enter with the mindset that you’re helping the employee—not needlessly castigating them—and that chances are, they will end up appreciating it.

When you observe something that needs to be addressed, take a deep breath, bite the bullet, and have the conversation now. The last thing you want is the employee to think “Why didn’t someone tell me earlier?”

Focus on the specific, not the general.

Your observational skills as a manager become very important in the lead-up to a crucial conversation. That’s because you want to offer them specific examples of the issue, while avoiding generalizing words like always and never. So, rather than saying “You’re always late with your projects,” bring up the last two specific instances, and discuss why those projects were late. This will prevent the employee from feeling unfairly blindsided.

Focus on the future, not the past.

Managers who are great at corrective feedback also tend to focus on future corrective action rather than rehashing what the employee did wrong. After you’ve given a couple of specific examples of the issue, move quickly to a discussion of what the employee can do differently going forward.

If you spend most of the conversation picking apart what the employee did wrong, they will feel helpless—what can they possibly do about their past actions now? Instead, give them a hopeful path forward by discussing a plan for the future.

As I mentioned above, when I confronted the woman with the rude management style, she immediately wanted to know who said what about her. It would’ve been easier on me to just tell her. It’s often tempting to scapegoat others when you’re giving negative feedback: “I don’t know why he’d say that, but let’s work on this to keep him happy,” and so forth.

But that’s a cop-out the manager cannot afford. It only builds distrust within the team and lets all parties operate in their own reality. As a manager, corrective feedback is best when it comes directly from your own observation; if you are delivering feedback secondhand, keep your sources confidential.

Use this magic phrase if the conversation goes sideways.

Finally, it’s just reality that sometimes a difficult conversation will devolve into bad conversation. Maybe you said something you wish you hadn’t; maybe the employee gets emotional and defensive; maybe some kind of stalemate is reached.

I’ve found that using this little phrase often jolts the conversation back to a better place: “Can we start over?” It both acknowledges the tension of the current conversation and offers a chance at a reset. In most cases, the employee will gladly accept and you’ll hopefully be able to get closer to the core issue at hand.

None of us became managers because we like criticizing people. Nevertheless, difficult conversations and corrective feedback are part of the job. And that means we’re not doing the job when we avoid them.

However, if you build your ability to have these discussions at the right time, in the right way, and with the right mindset, they will pay off in the long run. Your team will respect you more, and your employees will get an all-too-rare chance at authentic development and growth.