What is Skills-Based Hiring, and What Does it Mean for You? 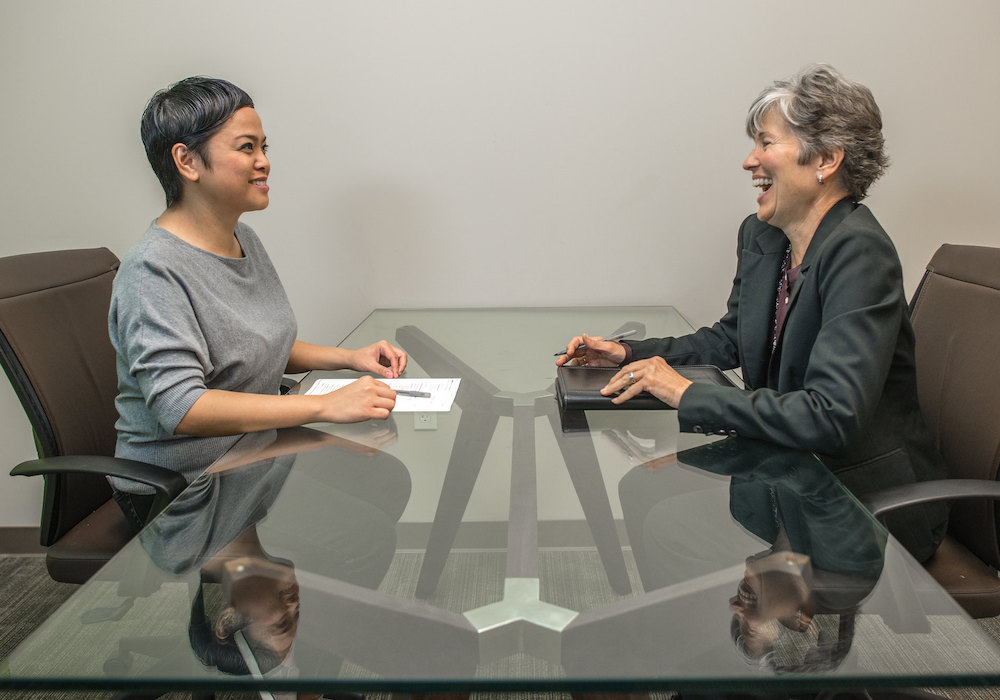 College degrees are a common signal for hiring managers. They’re better thought of as noise.

So argues Dan Finnigan, whose career spanning many of the web’s largest early online hiring platforms — from CareerBuilder and HotJobs to a decade as CEO of Jobvite — led to him being called the “godfather of technical hiring.” He’s advised others and held the top job for the last year at Filtered.ai, a Boston-founded startup aiming to tackle skills-based hiring.

Ask me and I’ll tell you that I think one-click-apply job sites ruined hiring. Employers are tricked into believing they’re getting value from a high number of applicants when really, frictionless web platforms encourage unqualified and uninvested people to apply. Finnigan adds nuance to my gripe; As a former newspaper guy, he still prefers today’s high-volume online applicants to calling a generic phone number in the classifieds.

The ruthless efficiency of online platforms has nonetheless enabled a hairy problem for candidates and employers alike: Candidates apply to evermore companies, so employers feel the pressure to attract evermore candidates that they then need to screen through evermore complicated technical tools. Recruiters now tell you that the wrong font can get your resume knocked out of a company’s automated sorting mechanisms.

Somewhere in this arms race, employers began increasingly relying on college affiliation. In the early 2000s, the percentage of job descriptions listing a college degree requirement began to rapidly increase — called “degree inflation” — and reached a fever pitch after the Great Recession. A client put it plainly to Technical.ly’s client services team a few years back: They would only hire engineers who had graduated from a shortlist of elite universities.

Now the trend has reversed, according to an analysis published earlier this year. Tech hiring is leading the way.

“Every company becomes a technology company,” Finnigan said. That puts pressure on firms struggling to hire. In response, employers begin to “think performance, not pedigree.”

Half of the engineers Finnigan’s firm recently surveyed wanted their employers to prioritize a candidate’s ability over their credentials. They’re part of a movement called “skills-based hiring.” Proponents say that when contrasted with a degree focus, skills-based hiring speeds time to hire, improves retention rates and broadens the diversity of a talent pool — as people of color are disproportionately uncredentialed.

What are skills-based hiring and microcredentials?

This shift is years in the making.

In 2017, former McKinsey partner Byron Auguste founded Opportunity@Work, a DC-based nonprofit social enterprise with a talent-matching platform. He popularized the term “STARs” for people “Skilled Through Alternative Routes.” By his team’s count, 1.1 million people, or over a third of the DC-Maryland-Virginia region lovingly called the DMV, are so-called STARs — and they are disproportionately Black and currently lower-income-earning.

The opportunity is twofold: Shift Americans from lower-wage and declining industries into growing ones with worker shortages, boosting their earnings along the way.

It’s no surprise that hiring for tech talent goes behind hiring for technical skill. Tech employers have been leading a shift made more prominent during the pandemic hiring craze. Over the last decade, the modern coding bootcamp model represented this wave, eschewing a fancy degree for a vocational start. Another example: In 2017, a Maryland trade group launched a cybersecurity-focused jobs board with a skills-first lens. Marketing automation company Hubspot runs an “academy” that put 200,000 professionals through small skills-focused courses.

Hubspot’s academy is part of the skills-based “microcredential” trend. In a survey of 150 U.S. employers, 86% reported a microcredential strengthens a candidate’s job application, while three-quarters said microcredentials improve an entry-level worker’s performance.

What are examples of skills-based hiring initiatives?

An array of economic development groups are focused on moving Americans out of lower-wage jobs and into growing industries with roles, like many in healthcare and technology, that don’t require college degrees. Consider these examples:

Has the pandemic changed skills-based hiring?

In March 2021, L​inkedIn launched Skills Path, a hiring initiative that identifies core skills for open roles before trying to match candidates by skills. A slew of companies transformed their learning and development programs into efforts to reskill their own employees into their most in-demand jobs.

This year, the State of Maryland removed degree requirements for half of its jobs, and a U.S. House bill was introduced last month to reduce a regulatory hurdle for larger employers that remove degree requirements, according to a SHRM assessment of the bill.

Remote work benefits skills-based hiring, too, Finnigan argues. “Forget the ‘airport test’ of hiring,” he said, referring to an employer wanting to hire someone with whom they’d enjoy sharing a business trip. Rather than personality and network, there’s more reason to focus on skills.

In an economic boom, any effort to increase trained workers gained momentum. What happens in a slowing economy?

When you talk to a guy who was a Yahoo exec in 2002 and raised startup capital in 2008, you gotta ask: What economic lessons do those recessions have for us today?

“Every recession is planned between Thanksgiving and Christmas,” Finnigan said, referencing businesses readjusting their forecasts and budgets for next year. “Tech talent will make a ‘flight to safety’ away from cool, experimental startups.”

Employers will thus continue to think about from where their job candidates will come.

What are the obstacles to skills-based hiring?

A quarterly Jobvite report suggests that as volume hiring slows, 3 in 5 HR pros are prioritizing candidate quality next year. Almost 9 in 10 predict 2023 will be more or as difficult a business climate as 2022. Will investments in retraining workers be as significant when demand shrinks?

Well, no. But demand doesn’t appear to be shrinking much. Three-quarters of organizations have not reduced hiring plans yet, and 60% expect to hire more. Moreover, the long-term trends are clearer.

“No one is stopping this train,” Finnigan said.

Hire for what someone can do now, not some piece of paper from the past. Why does skills-based hiring still need such campaigning if it seems so easy? Why isn’t it the default?

For one, according to McKinsey research, nearly half of surveyed employers cited a lack of other means of validating skills. Say what you will about an Ivy League education, but it’s a simpler way for employers to pick out high-performers than developing a custom assessment tool.

That’s where Finnigan’s startup Filtered.ai aims to step in. Job simulation tools are among the offerings they’re building. Years back, Technical.ly shifted to requiring newsroom candidates to produce (paid) freelance journalism before we hire them; By contrast, I’m not even sure I know where most of our reporters went to college, if at all.

“If you want to build a different kind of team,” Finnigan said, “you need to hire differently, too.”