When and How Monitoring Employees Can Help Boost Productivity 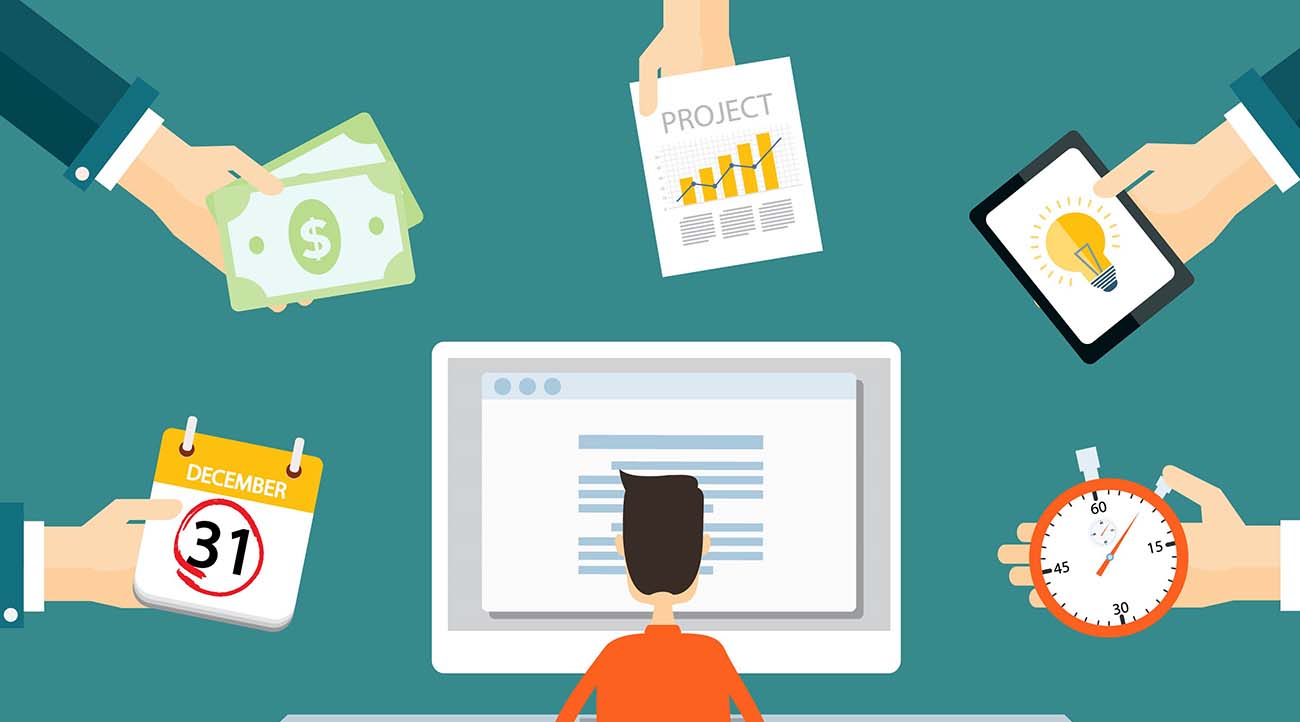 Tracking your team’s computer usage offers valuable insights on where there could be room for improvement. But be mindful of privacy issues and micromanagement risks.

As work habits evolve, some managers are opting to monitor employee computer activity and the movement of company data. In fact, virtual private network provider ExpressVPN revealed that 78% of the 2,000 employers surveyed in 2021 reported that they use monitoring software to track employee performance, online activity, or both.

Demand continues to grow incrementally each year, according to an analysis of internet search volume conducted by Top10VPN, a virtual private network review site. It found that broad, as well as brand-specific, searches for monitoring software were up 63% in 2022, compared with 2019.

Eli Sutton, vice president of global operations at behavioral analytics platform Teramind, saw the shift occur in response to employees working remotely during the Covid-19 pandemic. Prior to March 2020, the majority of customers approached the company from a security standpoint. Particularly companies in financial services and health care utilized its insider threat management software to track the movement and storage of sensitive data on employees’ computers.

After offices shut down in response to the virus and many shifted to working from home, Teramind saw three times the usual traffic to its site and free trial signups. And 60% of customers from a variety of industries were interested in tracking employee productivity.

“The pandemic created that scramble to look for solutions in monitoring for productivity,” says Sutton. “Many organizations wanted to make sure employees still had the capability to be productive from home.”

Six months later, the boosted interest in Teramind’s software remained, as Sutton witnessed another momentous shift: a Fortune 100 company told Sutton it would be permanently moving most of their employees to fully remote status. Contrary to the original assumption about working from home, it found people were motivated, accomplishing tasks faster so they could spend more time with their family, and the company could save money previously spent on rent, furniture, and other assets associated with an office. More companies followed suit.

“We are in this new phase of business evolution, human evolution,” says Elizabeth Harz, CEO of Awareness Technologies, which offers Veriato and InterGuard employee monitoring products. “People are not going back to 8 a.m. to 6 p.m. in corporations around the world. There are certain ones bringing people back, but by and large there is flexibility.”

She argues that monitoring software is part of that tradeoff. “This is how people end up having flexibility and not going into the office all the time,” she says. “It’s a give and take between the employee and the employer to embrace the future of work.”

Interest in the technology may be the result of a troubling disconnect between managers and employees in terms of expectations. According to a Microsoft survey of 20,000 people in 11 countries, 87% of workers felt they were just as efficient at home as in the office. Meanwhile, 85% of business leaders say the shift to hybrid work has made it challenging to ensure employees are being productive. Only 12% reported “full confidence” in their employees’ productivity.

Thomas Bertels, a global management consultant who helps executives increase productivity by redesigning work processes, offers one possible explanation for the discrepancy: “The managers don’t really know what productivity is,” he says. “We don’t have objective measures of productivity.”

Monitoring software can help with that. Yes, it can track keystrokes and grab screenshots, but it’s become more sophisticated, providing some insight into how employees manage their time and signaling where guidance is needed for those who are struggling.

For example, certain software can now display dashboards with pie charts illustrating what applications employees are utilizing for a percentage of their workday and ranking employees based on applications the company deems most productive.

Awareness and Teramind allow organizations to specify which applications, websites, and messengers are productive or not productive on a user or department level. For instance, Facebook may be a useful tool for a company’s events team but not other departments.

Indeed, managers don’t care if an employee buys a gift on Amazon during work hours, Harz says. They are generally looking at how people are working or onboarding. “Are they working on the same types of applications as their coworkers, or are they struggling and spending 100% of their time on Excel and not getting to PowerPoints or NetSuite?” she asks.

“We have some companies that share the data with employees in discussions about performance of their department,” says Harz. “Employees will take the data to their managers and say, ‘the finance team is spending 40% of their time in Excel and here’s an automation tool that will allow the employees to be more strategic,’ and back up the cost-benefit analysis of investing in that software to automate that very manual data entry going on in Excel.”

While intended to boost productivity, some companies, after evaluating activity, actually encouraged employees to take time off. “They worried about burnout and this talk about quiet quitting,” says Harz. “In the beginning of March 2020, people were working from home. They were worried about losing their jobs, and they were working a lot.”

Sutton has seen two sides of the coin. “I’ve heard many employees are working harder, faster, they’re finishing work that takes them eight to 10 hours in three to four. And (some companies) are content with that. Then we see companies that say, if you can do A, B, and C, we’ll give you tasks D, E, F, and G.”

Safety continues to be a top reason cited for employee monitoring. Software can alert management of nefarious attempts to steal a sensitive sales list or customer’s credit card. It can also help guard against regular user error, which accounts for 65% of data breaches, according to Sutton. “Prior to the pandemic, everybody worked out of an office. There are tons of controls on the backend nobody was aware of except for IT,” he says, explaining how monitoring software can help make up for that loss in a remote work environment.

It can also provide an overview of employee activity that can reveal some important patterns, says Harz. Employees can be ranked by who poses the highest risk, whether intentional or unintentional. A person who continues to pose risk to the company may be fired.

Not a One-Size-Fits-All Solution

Executive consultants question the broad application of such technology. “It tends to be the more transactional companies, like insurance processing claims” or early adopters like call centers, which are moving to outsource or automate, says Bertels.

Executive mentor David Kinnear says monitoring is a topic that comes up in conversations, but none of the 25 executives he works with have decided to implement it. “Up to a point, we’re seeing creativity and productivity improve at home,” he says. Knowledge workers in particular could feel too constrained by monitoring software, which doesn’t allow time away from the computer to reflect on data, let their mind wander and then settle before producing a report.

“You can (already) track a lot of activity with security tools. Our experience is a vast majority of managers don’t want it,” says Ryan Barton, CEO of Mainstay Technologies, a security and IT firm that services 200 organizations in New England ranging from 50 to 500 employees.

Kinnear, Barton, and David Belden, a retired consultant who reorganized offices in Europe and Asia, go as far as attributing monitoring technology to insecurity among managers who are used to glancing at employees in cubicles versus focusing on outcomes-based results. (Kinnear did have to address a fear among middle managers in his cohort that they were no longer needed as employees went remote.)

Belden advises focusing on outcomes-based management rather than implementing monitoring software, despite the temptation to dive into the data. A few practices he recommends over monitoring: clearly communicate expectations for deadlines and work quality; require employees to check in weekly with a paragraph listing concerns, unexpected challenges, and proposed solutions; and hold workers accountable if they consistently miss goals, which could indicate poor time management skills.

“Micromanagement never increases productivity,” he says. “If you have a whole group of people you don’t trust and you think you have to monitor them every single day then all of the energy of the company is going internally.”

If the strategy does make sense for your team, be sure to implement it by the book. California, Connecticut, Delaware, New York, and Texas legally require employers with places of business anywhere in the state to notify employees of the practice. Elsewhere, employers are free to monitor activity on company-owned tools without a word. “It’s not an invasion of privacy,” Barton says, but adding that company policies should make that clear.

Stay on top of potential policy changes, too. The General Counsel of the National Labor Relations Board released a memo on Oct. 31 stating it would urge the Board to adopt a new framework to protect employees from employers’ abuse of monitoring technology as it relates to protected activity.

Legally required or not, Harz and Sutton encourage their customers to be upfront about monitoring employees for productivity because the software can be insightful for both employees and managers. About 90% to 95% of companies that use Teramind explain why they’re monitoring their employees, according to Sutton. “You could lose that employee’s trust if you’re not open about it in the beginning,” he says.

When you do discuss it, choose your words wisely. Harz would rather call the practice digital consumption or behavior instead of monitoring. “When you start with that word it immediately becomes punitive in people’s minds or micromanaging,” she says. “[But] the software can help both the employer and employees succeed from a work-from-anywhere world.”

← Older Post
← How to Make Better Decisions
Newer Post →
What is Skills-Based Hiring, and What Does it Mean for You? →